O.k, my wife Pam was right!

According to Yahoo Aussie women work really do work harder than men.

According to a new survey released by the Organisation for Economic Cooperation and Development (OECD), Australian women are in the top four when it comes to unpaid work.

The survey shows how men and women spend their time each day. 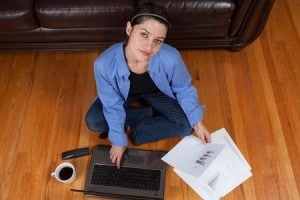 It found Aussie women are doing an average of five hours, or 311 minutes of unpaid work every day.

Women were doing the most unpaid work in Turkey with an average of 377 minutes per day, followed by Mexico at 373 minutes and India at 352 minutes.

For Aussie women, the only activity that takes up more time than unpaid work is sleep, meaning they don’t have as much leisure time as women in other countries, spending up to an hour less than women in the UK playing sport, reading or watching television.

Aussie men, on the other hand, spend 172 minutes, or just under three hours a day on work around the house.

According to the OECD, “unpaid” work includes things like housework, shopping and caring for household members.

'Australian Women Working Hardest In The Home' have no comments