Recently on Real Estate Talk, Michael Yardney told us about the true measure of wealth in Australia.

Here is the transcript of that interview:

We’ve talked about it in the show before and we’ve spoken to Michael Yardney about it. Michael,  what’s the news for Australia?

Michael:  Kevin, it’s actually been good news for us over the last couple of years and Australian is once again the wealthiest nation in the world.

Interestingly, the Global Wealth Report also suggests there’s going to be good news for us in the future.

Kevin:  Do you think this is because a lot because we have such a focus on property, Michael?

Michael:  Interestingly, that’s one of the conclusions, Kevin.

What the report shows is that Australia’s wealth is heavily skewed to what they call real assets (in other words, property).

Kevin:  We seem to grow up with that, didn’t we?

That Australia feeling that you have to own your own piece of land and your own property – do you think that’s really what’s leading to all of this?

It’s also partly that we’re situated geographically in a part of the world where all the developing nations are growing very quickly dragging us with them.

Kevin:  So what’s the average Australian worth, Michael?

Michael:  The report says the average Australian is worth $US430,000. That’s second place to Switzerland.

Michael:  I think median wealth is a better measure. It shows the spread of wealth.

Let’s look at it this way…

Imagine we were all at a crowded bar and James Packer walks in. Obviously the average wealth of the crowd is going to soar, but the median stays much the same.

Packer’s presence brings up the average wealth, but it does little to change the spread of wealth, where the middle person is going to be.

What the report therefore shows is that when looking at the spread of wealth in Australia, there’s not that much of a difference between the highest and the lowest.

Kevin:  I guess we’re lucky we don’t have too many poor people in Australia.

Michael: The report suggested that only 6% of Australians have a net worth of under $10,000.

Compared to other parts of the world where, in fact, the top 1% own over 50% of assets.

Again, it just shows we have very wealthy people, but wealth is reasonably evenly spread. It’s easy for us to say, I guess.

I’m sure there are some people who are going to say, “This isn’t fair. I still haven’t got a job,” or “I haven’t got much income.”

But I think the bottom line is we are really a very, very lucky country and we shouldn’t forget it.

And even better news is that this is unlikely to change, with the report predicting Australia is going to keep the top wealth spot for probably the rest of this decade.

Kevin:  So, Michael, how much money do you have to have to be amongst the most wealthy people in the world?

Michael:  It’s been shown that if you’ve $3,650 net US dollars, you are amongst the wealthiest half the people in the world.

The average person in the world is worth $56,000. Global wealth grew 8.3%, and it is the old story of the rich do keep getting richer.

Kevin:  How much wealth is there in Australia, Michael?

Michael:  The reports suggest that there is a total wealth in Australia of $7.2 trillion.

Kevin:  And how many dollar millionaires do we have?

Michael:  We have about 1.25 million millionaires.

So as I said, we are a lucky country, but we’re also lucky because we’re expected to live longer.

The latest United Nations data figures show the life expectancy in Australia has reached 82.5 years, the fourth longest in the world behind Japan, Hong Kong and Switzerland.

Despite all this, there is an interesting lesson – we haven’t made it as the world’s happiest place. 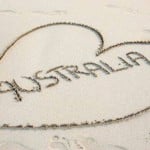 I don’t think we appreciate how lucky we are.

I guess it goes back to that true wealth has nothing to do with how many properties you’ve got or how much money you’ve got in the bank.

It’s what you’re left with when they take all your money away from you, Kevin.

Kevin:  Well, Michael, one thing I appreciate is your contribution. Thanks again.

'Australian vs Global Wealth – How Do We Compare?' have no comments