Household confidence in coping with a financial emergency (loss of income) fell 11% in the six months to June 2015, largely contributing to a 6% fall in overall household financial comfort, according to ME’s latest Household Financial Comfort Report.

Linked to the fall in financial emergency-preparedness are big falls in comfort with cash savings (down 9%) and income (down 6%) in the six months to June 2015. 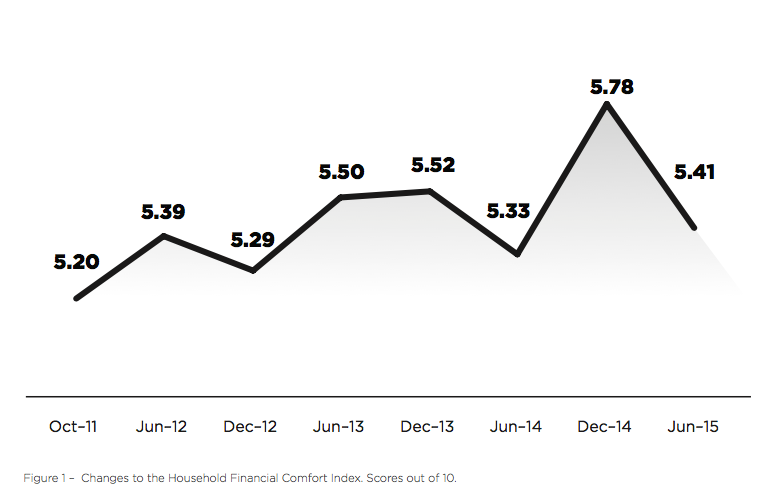 Jeff Oughton, ME’s consulting economist and report co-author, said that a lack of comfort about cash savings and the ability to cope with a financial emergency is particularly evident among single parents whose overall financial comfort fell 20% to 4.46 out of 10 during the first half of 2015.

Oughton said that decreased comfort with cash savings is likely to be caused by weak income growth – with only a third of respondents reporting household income gains in the past year – together with increased concerns about the job market.

“While job-security has remained steady at 71%, job availability fell 9 points with 56% of the workforce indicating it would be difficult finding another job within two months if they became unemployed, compared to 47% six months ago.”

Oughton said the fall in comfort among renters may be a reflection of the financial difficulty first home buyers are experiencing getting into the property market, coupled with a continued rise in rents across many states, particularly in some major capital cities.

A tale of two generations

Oughton said the latest data also tells a tale of two generations, with Gen Ys (aged 18-34) and pre-retirees (aged 50- 59) reporting the biggest falls in overall financial comfort (both at 10%), but for very different reasons. 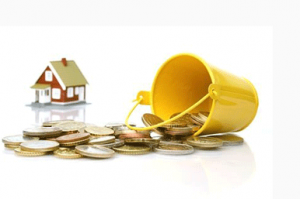 Falling financial comfort for older generations is also linked to falls in comfort with investments (down 9% on average, with the largest fall of 13% for Builders (aged 70+)) and increased risk aversion in the current low interest environment.

A corollary of this is a fall in financial comfort in the anticipated standard of living in retirement, down across all households by 8% to 5 out of 10, but by 16% to 4.47 among pre-retirees, with very high levels of comfort expected by self-funded retirees (7.14 out of 10) and significantly lower comfort levels reported among those totally/partly dependent on government pensions (3.38 and 5.15 out of 10, respectively). 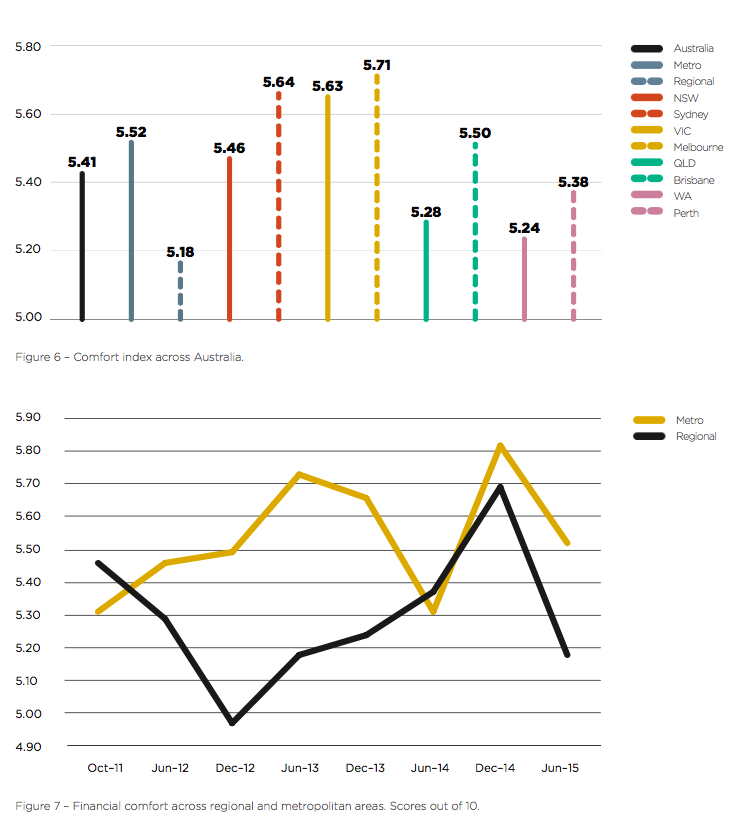