Australian Consumer Confidence rises across the board | ANZ-Roy Morgan Research

A new financial year seems to have brought with it a new wave of confidence in Australian consumers. 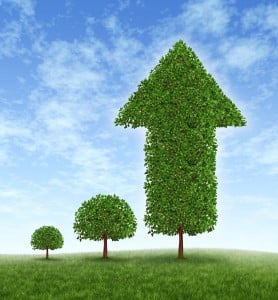 Consumer confidence is one of the indexes I follow closely as it has a significant bearing on our housing markets.

ANZ-Roy Morgan Australian Consumer Confidence bounced 2.4% to 114.5 this week, bringing the index to its highest point since early April and above the long-run average.

The rise in confidence was broad based, with all sub-indices posting gains.

“The improvement in sentiment across the board last week is quite encouraging. The rise in confidence likely reflects ongoing strength in the labour market and appears to have outweighed consumers’ concerns about the rise in retail electricity prices.

"At today’s meeting, the RBA is likely to highlight the improvement in labour market conditions, in particular the fall in the unemployment rate to a four year low. The reduction in spare capacity is encouraging; however it remains high by historical standards.

In addition, there is some uncertainty about the drivers of the economy going forward given debt positions of households and a decline in housing construction. As well, we believe that wage growth will likely remain subdued through the year, delaying the return of core inflation to the RBA’s target band.

"Overall, the labour market will remain an important influence on confidence over the coming months. While we expect the pace of jobs growth to moderate - given that the official figures have largely caught up with survey measures such as ANZ Job Ads - a strengthening labour market should continue to broadly support confidence.” 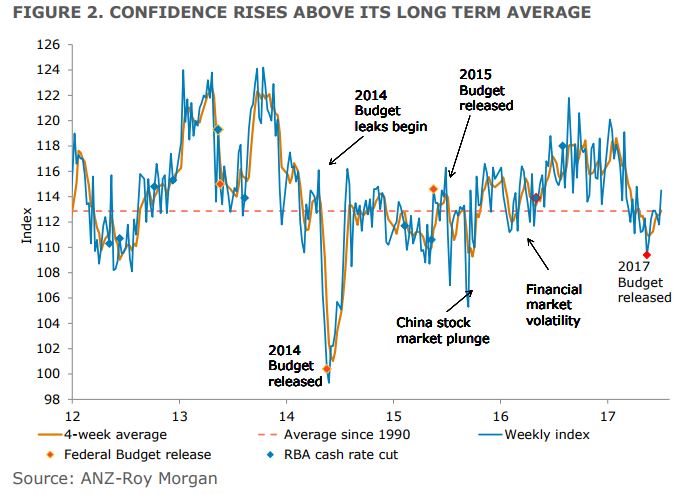 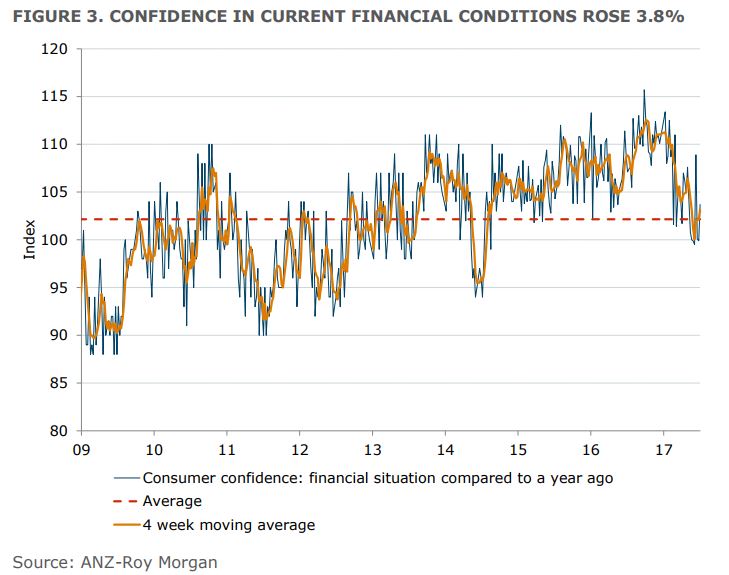 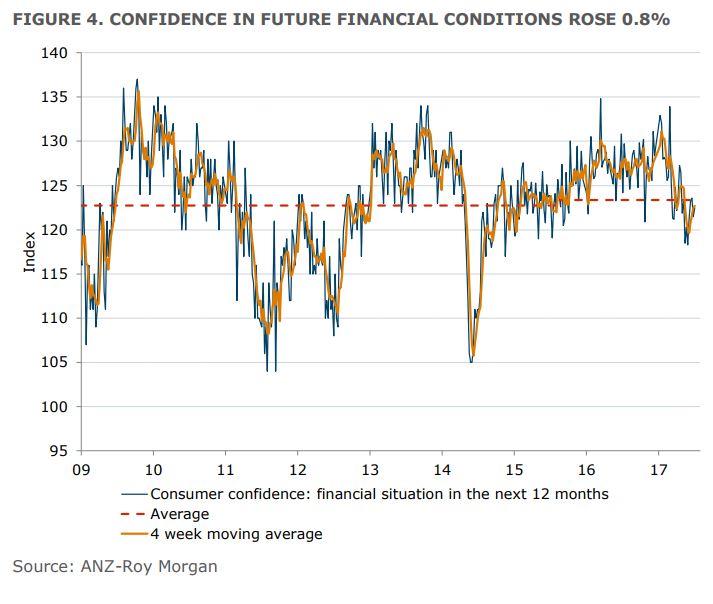