This reverses the fall of 2.6% in the previous week and the four week moving average is now trending higher.

Last week’s news about the strong economic growth numbers, big gains in the equity markets, and a strong Australian dollar were positive factors for confidence.

So it’s good news that confidence in the economic outlook bounced sharply.

However, confidence in consumer’s personal financial situation fell modestly by less than 1%, albeit remains on an upward trend.

“The bounce in ANZ-Roy Morgan Consumer Confidence in the past week was underpinned by a strong bounce in the economic outlook subindices. Australian’s perceptions of the economic outlook would have been bolstered by the stronger than expected GDP data released mid-week. Last week also saw good gains on the currency and equity markets. By and large, property markets remain strong. Confidence has been volatile of late, reflecting the conflicting and often complex forces impacting the economy.

“The good news is that the ‘pulse’ of confidence appears to be at or a little above long-run average levels. Australians can, in general, be described as being confident about the economy despite some ongoing worries about the long-term. The bad news is that these conflicting forces, including political and policy uncertainty, are likely to persist.

“It now looks like 2016 is shaping up as a solid year for economic growth, albeit a little slower than last year. The strong bounce in commodity and equity markets in the past few weeks augers well and should support business confidence and hiring intentions. The extent to which this translates into employment growth will be central to the performance of the economy this year.” 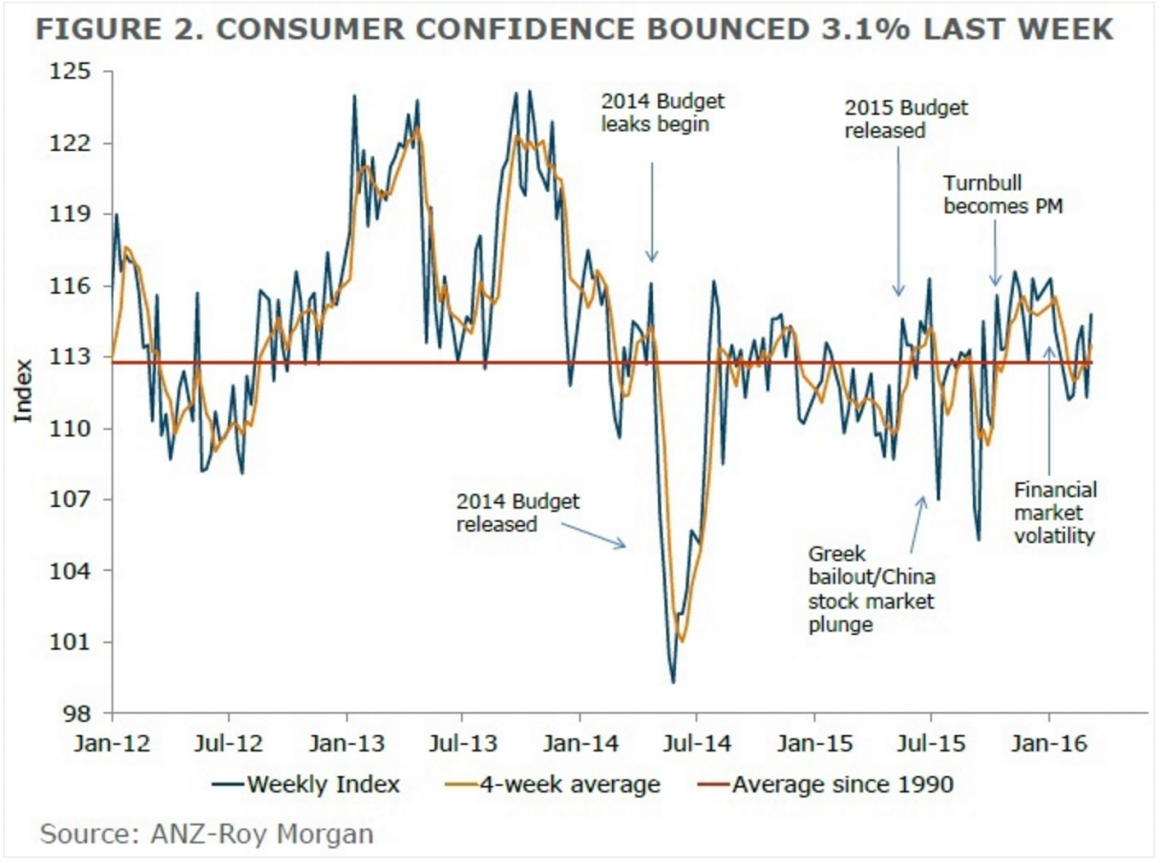 'Australian Consumer Confidence bounces back this week' have no comments