ith as a child, according to finder.com.au.

A survey of 2,026 Australians reveals two in five Australians are still with the bank their parents set them up with as a kid, raising concerns about being subject to the ‘lazy tax’.

This equates to over 7 million Australians who’ve never switched banks, and could be forgoing a better rate on their savings or transaction account.

Almost one in four (22%) said they were satisfied with their existing bank, while one in ten (9%) said it hadn’t occurred to them to switch, and a further 9% ‘couldn’t be bothered’ to switch.

Bessie Hassan, Money Expert at finder.com.au, says of the three-in-five of Australians who had switched banks, 67% had found a better deal.

“One of the biggest barriers to switching is the perceived effort involved, but it’s not rocket science, and switching to a new bank could definitely be worth your while.

“The research shows we’re loyal to the banks but they may not necessarily repay that loyalty.

“You can bank on the fact that there’s a better rate out there than the one on the account your parents set up for you when you were five,” she says.

The Commonwealth Bank of Australia’s school banking program, known as Dollarmites, has been around for over 80 years and is currently used in over 2,500 primary schools across the country.

“A Dollarmite account was a rite of passage for many Aussie kids and the beloved yellow bank book is a source of nostalgia.

But it’s also lucrative for the banks who know that if they can get your business as a kid, chances are you’ll stick around as an adult,” she says.

Ms Hassan urges Australians to review their bank account every year, and to not fall victim to the ‘lazy tax.’

“There’s no point staying loyal to a bank if it’s costing you money. Compare savings accounts online and find out if you could be getting a better interest rate or features.

“The average maximum savings account rate currently sits at 2.62% based on a $5,000 balance, so see how your rate stacks up against other products on the market.

“If you’re not satisfied with your rate, first negotiate a better rate with your existing provider.

In most cases, your bank will be willing to grant you a better interest rate if you can demonstrate that you’ve done your homework,” she says.

“However, if your bank isn’t willing to give you a better rate, it may be time to take your business elsewhere.

“Before switching providers, compare the rate as well as account-keeping fees and the type of customer service available, such as whether they have 24/7 online support.

“Bear in mind online savings accounts typically offer a more competitive interest rate, just be sure to meet the deposit requirements so you earn the bonus interest rate on top of the standard rate,” Ms Hassan says. 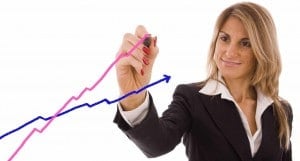