There will be a credit card time bomb due in January.

This is 7 percent higher than last year, when Australians planned to spend $8.3 billion on Christmas gifts.

The 2015 creditcardfinder.com.au Christmas Shopping Survey asked over 1,300 Australians how much they are planning to spend on Christmas gifts this year. 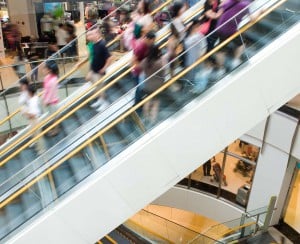 Women are planning to spend slightly more than men ($438 compared to $422), while Generation X (35-54 year-olds) is the most generous age group with their gift-giving, averaging $468 each.

Victoria is the highest spending state, expected to spend $475 on gifts on average, while Western Australians are the tightest spenders, at $350 on average.

Bessie Hassan, Consumer Advocate at creditcardfinder.com.au , says too many Australians are not planning ahead for the expensive spending season.

“This year will be an even more expensive Christmas season, as we’re expecting Australians to spend almost $9 billion on presents alone – $600 million more than last year. It’s not surprising, as our research shows almost three out of five Australians (57 percent) are not planning a budget this Christmas.”

The most budget-minded state was Tasmania, where just over half (51 percent) of TAS residents intended to make a Christmas budget.

This compares to only 38 percent for the most budget-averse state: Queensland.

“The most concerning part was that one in four Australians – an estimated 4.5 million adults are planning to use their credit card for all of their Christmas gift shopping this year.

On average, 36 percent of our Christmas shopping will be on credit. Men are more likely to rely on plastic than women, according to the creditcardfinder.com.au research, and comparing states, Victorians put the most on credit while ACT residents the least.

It’s not too late to compare credit cards with special offers to get you by without having to pay any interest.

In fact, we’ve never seen so many deals right now so it’s worth taking advantage.

“Right now, 44 cards are offering no interest for up to 15 months on purchases. Of these 44 cards, five cards are offering 0 percent for 15 months and one of which has no annual fee – Coles No Annual Fee MasterCard. If you spend $2,000 on Christmas this year and put it on your credit card with an average purchase rate of 17 percent, and planned to pay it off over
the next 12 months, you could save about $144 in interest by using a card with no interest on new purchases.

“If you’ve already spent up big and don’t know how you’re going to pay your credit card bill next month, look to transfer your debt to another card. There are loads of cards offering no interest for up to 24 months on balance transfers.

“Remember, these aren’t tickets to free money, you still need to pay it back! So make sure you work out a budget and don’t go crazy or you could end up paying a lot more for these Christmas gifts months, or even years, down the track.”

'Aussies to spend a whopping $8.9 BILLION on Christmas gifts' have no comments