A recent survey of young Australians has shown them to be less concerned with the major issues around them.

In the Young Australians Survey, levels of happiness were found to be the same as in 2007, with the participants worry decreasing.

Here’s what the report said:

What with climate change, economic uncertainty, social upheaval, the threat of terrorism and technological advances so mind-boggling they’re practically sci-fi, the world can sometimes seem like a daunting place.

But Australian kids are not letting it get to them: they are just as happy as they were in 2007, and considerably less worried. 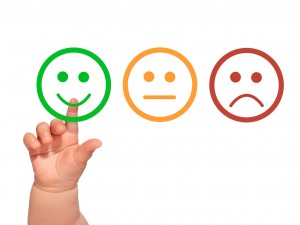 In recognition of International Youth Day (August 12), we take a look at how young Australians are feeling about life these days…

According to Roy Morgan Research’s Young Australians Survey, Aussie children aged 6-13 are just as happy as they were back in 2007.

On a similarly encouraging note, the proportion of boys and girls concerned about looking “cool” or having nice clothes has fallen.

Big issues such as terrorism and the environment no longer worry as many of them, either.

Boys: maybe school’s not so bad after all

As the table below reveals, there have been some discernible shifts in the attitudes of Aussie boys towards some key subjects.

The shifting attitudes of Australian boys

Computer games are starting to rival playing outside as a preferred leisure activity, with 41% of boys now saying they’d ‘rather play computer games than play outside’ (up from 35% in 2007).

The 6-7 age group is the most likely to feel this way, with almost half saying they prefer computer games to outside play.

Girls: the sound of music

Munching on healthy food and reading hold even greater appeal for Australian girls now than they did in 2007.

These activities are particularly popular among the 6-7 age bracket (90% of whom like eating healthy food and 87% of whom enjoy reading).

The shifting attitudes of Australian girls

Music matters to more girls than it did in 2007, with 30% agreeing they take music with them everywhere (up from 23%).

Girls aged 12-13 are the primary impetus behind this growth.

“Our findings show some noteworthy attitudinal shifts among young Australian boys and girls over the past few years.
While their happiness levels remain very high, they also seem to be worrying less.

“Incidence of image-related concerns such as looking cool and having nice clothes has declined among girls and boys.
While more than half of Aussie girls still consider having nice clothes to be important, and more than half of boys still want to look cool, these figures are substantially lower than they were in 2007, suggesting that a growing number of kids no longer see the need for this kind of external validation.

“Despite the media’s ongoing fixation with terrorism, fewer kids are worrying about it these days, which is great news.
Their declining concern about the environment is a little more ambiguous: while it’s not fair for kids to have to worry about serious issues like this, one would hope they don’t forget about it altogether.

“Technology continues to influence children’s lives, with more girls taking music with them wherever they go (presumably in digital format) and a growing proportion of boys preferring computer games to playing outside.
Despite what those of us from the analogue generations may think of these developments (particularly the latter), they’re here to stay.
And so far, they do not appear to be having a negative impact on our kids’ happiness…”

'Aussie kids as happy as ever' have no comments