A sharp rebound in auction numbers today predictably placed downward pressure on clearance rates with buyers provided with generally their best choice in listings for weeks. 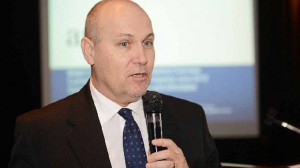 Despite the second biggest auction Saturday this year following the previous weekends state election distractions, Sydney produced another sturdy result for sellers with a clearance rate yet again above 60% – and as usual a clear capital city leader.

By contrast Melbourne’s auction clearance rate was lower this weekend with higher listings testing the market with a rate just below 55%.

Results in the smaller capitals that also recorded a lift in listings were similar to last weekend’s results with Adelaide again clearly recording the highest clearance rate.

Sydney’s Auction Market Ends March On The Up And Up.

The Sydney weekend home auction market has ended March on the rise with a surge in listings on Saturday providing no barrier to yet another solid clearance rate result.
Sydney recorded a published results clearance rate of 64.9% which is higher than the previous weekends 62.5% and remains close to the weekend levels recorded over March last year.
Auction numbers predictably surged on Saturday following the previous weekends state election distractions with the 639 reported listings well ahead of the 365 reported last weekend and the second highest offering by the local market so far this year.
Despite significantly higher numbers of auctions at the weekend, overall listings so far this year remain well behind the same period last year.
Sydney’s weekend median auction price of $1,100,000 was higher than the previous weekends $1,058,500 but weekend medians also remain well below last year at the same time.
All Sydney regions reported published results clearance rate above 50% at the weekend with the exception of the South which continues as a regular regional underperformer.
By contrast the Upper North Shore and the Lower North continue to record strong results for sellers, despite higher listings on Saturday.
NOW WATCH:  this week’s PROPERTY INSIDERS, with Dr. Andrew Wilson and Michael Yardney – Is Labor’s Policy On Negative Gearing Bad For Property? – Maybe Not So Bad Now