After numerous reports of falling clearance rates and flatlining property prices in recent months, sellers would be forgiven for nervously sitting on their hands; waiting until the smoke of uncertainty surrounding interest rates cleared and buyer confidence made a comeback.

But if the number of properties up for grabs this weekend is anything to go by, it seems vendors are still more than willing to take their chances at auction.An article in The Australian reports that over 1700 homes went under the hammer on Saturday, which is traditionally the most hectic day of the year for most capital city auction markets.

Melbourne’s auction scene was by far the busiest, with 1074 scheduled sales representing the largest number in two years. The Sydney property market had almost 490 auctions on the go, but the harbour city’s biggest Saturday for the year will be next weekend with 700 auctions scheduled.

The cloud within this silver lining of selling activity though is clearance rates, which continue to fall across the country. According to the Australian Property Monitors’ Home Price Guide, Melbourne’s clearance rate for this weekend was a disappointing 66%, in comparison to the same time last year when the Real Estate Institute of Victoria reports a very healthy clearance rate of 82% out of the 891 auctions that were conducted.

APM’s head of research Yvonne Chan, said the fact that current clearance rates in Melbourne have been well down on the 80% recorded in October last year (at around 66% on average), is cause for concern.

“Sydney clearances are tracking at 62 per cent so far in October, but that figure is also down compared to the 70 per cent of a year ago,” she said.

According to Melbourne-based housing analyst Sam Parsons, the current lower clearance rates are a direct reflection of waning buyer confidence in the wake of expected interest rate rises, as well as the absence of overseas purchasers in the established homes market.

“Clearances started to fall immediately rates started to go up. Another interest rate rise on Melbourne Cup day will see them stay down for the remainder of the year,” says Parsons.

In a media release regarding the high number of auctions scheduled for Melbourne this weekend, REIV CEO Enzo Raimondo said, “The local residential auction market has been in a very stable state for the past few months, with around every two out of three homes offered at auction selling.”

He adds, “Buyers have had a particularly good opportunity over this time and we expect that to remain the case this weekend. This weekend has the best conditions for buyers this year.”

Mr Raimondo says that despite reports of falling clearance rates, Melbourne’s auction market has been healthy and balanced this year, with 24,240 auctions held and 74.3% selling, to make a combined total of $13.2 billion in sales; “a record for Melbourne at this time of the year,” he says. 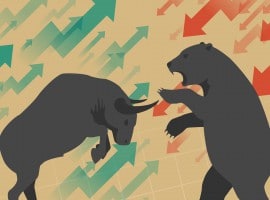