Each Monday the papers and the blogs dissect the weekend clearance rates.

Are they up? Are they down? And what does it all mean for the future of property?

Then of course there are those that question the validity of the reported clearance rates, saying that the real estate industry “fudges the figures.”

Enzo Raimondo, Chief Executive Officer of the REIV recently wrote an article in The Real Estate Conversation that answers many questions and clears up confusion.

Here is what he had to say: 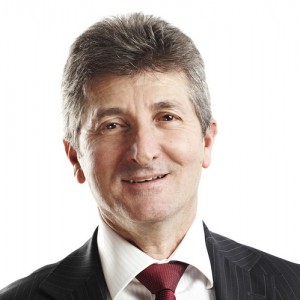 Clearance rates are a key property market indicator and are generally used to establish if the market favours buyers or sellers.

Clearance rates are expressed as a percentage and signify the number of properties sold, or cleared, at auction for the week or month.

A low clearance rate, such as 60 per cent in 2012, indicates low auction interest and declining house prices, suggesting a buyer’s market.

A high clearance rate, such as it is currently at 77 per cent, is considered a ‘hot market’ as buyer demand is high and available housing stock is low.

How is it calculated?

Every week the REIV collects about 98 per cent of auction results in Victoria – the highest of any data provider in the state.

The REIV only classifies properties as having ‘sold after auction’ if they sell on the day following the auction, as it allows for a period of post auction negotiation.

Properties sold two days after a scheduled auction are recorded as private sales as they are generally not sold under auction conditions.

The REIV also report the number of withdrawn and postponed auctions but these are not included in the clearance rate calculation as they have yet to be held and have not been subject to a full auction campaign.

The number of passed-in auctions, that is properties that weren’t sold, are also reported but not used to calculate the clearance rate.

Of the number of passed-in properties, the REIV also reports how many were passed-in on a vendor bid. An auctioneer can use two ‘vendor bids’ – bids on behalf of the owner – during the auction.

How do auction numbers vary?

Weekends where more than 1,000 auctions are scheduled, or have taken place, are often referred to as ‘Super Saturdays’.

The number of auctions held varies throughout the year and is often dependent on a range of factors including interest rates, the number of properties on the market and season.

Despite gaining in popularity, auction is not the primary method of sale in Melbourne or Victoria and only accounts for around 30 per cent of the state’s total property transactions.

However, auctions account for about 50 per cent of sales in Melbourne’s inner and middle suburbs.

What can affect the clearance rate?

Many external factors can influence how many auctions are held as well as the weekend’s clearance rate, including sporting events, religious holidays and weather.

What does it mean?

While the auction clearance rate gauges property market sentiment, it is only one of many indicators and should be used in conjunction with your own market research.

If you’re looking to buy or sell, it is always worthwhile attending local auctions and assessing comparable properties.

This article was written by Enzo Raimondo, Chief Executive Officer of the REIV  and appeared in the RealEstateConversation

'Auction clearance rates: what are they and how are they calculated' have no comments