No it doesn’t if you give your personal guarantee too freely.

An investor, lets call him Paul, was sitting across my desk late one afternoon discussing the mess that he now found himself in.

He had seemingly done everything right.  He operated up til now a successful up market homeware business through a company / trust structure i.e. a company (where he was the sole director and shareholder) operated the business and acted as trustee for a family trust, the beneficiaries of which were his family.

The rent was very high, sure, but so was the income.

He had done well so far using some of his profits and his strong cash flow to buy a strata title retail shop with a tenant who for many years had operated a vibrant retail floor coverings and carpet business.  Paul’s business, and his tenant’s, had survived the storm of the GFC.

The sky was still blue for him and the sun was still shining until the floods hit this year.

Now Paul was many months in arrears with his rent and so was his tenant, with no better prospects on the horizon.

The dark indigo clouds of financial stress were building in the sky and the burden of operating a business without drawing wages for many months was now filling his saddle bags with lead.

After much deliberation he and his wife thought that they would just close up their homewares store, loose the bond they had paid to the landlord as security for rental payments, and look for a job.

As for their retail investment, their tenant told them he would do the same.

When his tenant handed back the keys, Paul and his wife thought that they would pass them onto their lender that provided the monies to buy that property.

Sure, they would loose their 20% equity they put down to buy the property, but like the shop, they thought that they could walk away as they had “asset protected” themselves.

After all, they would still have their house which was in joint names and unencumbered and they would live to fight another day.

After they had left me I pondered over the lease papers for their shop and the loan documentation for their investment property that they bought with them. 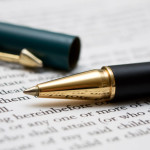 I saw that Paul and his wife had signed Personal Guarantees (long forgotten by them and buried in the bundle of documents they had signed with their lender and their landlord).

They had overlooked that they had jointly and individually personally guaranteed their company / trust/s obligations under the Lease and the Loan.

The massive losses that had built up over the last year, and that were now compounding, fell squarely at their feet now.

All the money and effort they had put into setting up structures to asset protect themselves now came to nought because they were personally liable under the Guarantees with their landlord and their lender.

How could Paul and his wife had done it better from an asset protection perspective?

They could have told their landlord that they were not prepared to give personal Guarantees, but would instead increase the amount of the security bond for the rental. 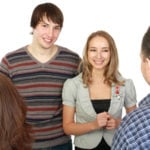 They could have offered to pay 4 months rent as a bond instead of the 2 months rental figure they had paid, or even 6 months if they had to in order to avoid the Personal Guarantees.

Likewise, with their lender they could have increased their equity in the property to say 1/3rd  rather than the 20%.

This could have avoided the need to provide Personal Guarantees which the lender insisted upon as they only put down a 20% equity, even if they had provided this additional equity by drawing down in their interest in their home to provide it.

At the end of the day Paul should have followed through his asset protection strategies by limiting the liability on his business and property venture and not provided the Personal Guarantees.

'Asset Protection – Does it Really Work? | Rob Balanda' have 2 comments