Are we in recession or aren’t we?
​
​While we’re not officially in a “technical” recession, because there hasn’t been two quarters of negative growth, there is no doubt that the economic climate is recessionary.

The Australian economy contracted by 0.3% in the last quarter and slowed to 1.4% throughout the last year.

This was the slowest through-the-year growth since September 2009 when Australia was in the midst of the Global Financial Crisis and captures just the beginning of the expected economic effects of COVID-19.

The Australian economy was impacted by a number of significant events this quarter, starting with bushfires and other natural disasters, followed by the outbreak of COVID-19 and the subsequent imposition of restrictions. 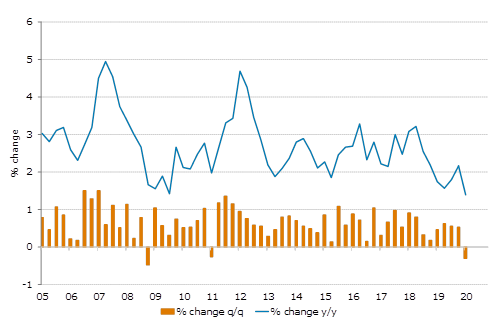 ​A sharp fall in consumer spending (-1.1%) was the key contributor to the weakness , while housing construction (-1.7%) and business investment (-0.8%) also fell.

Most unusually for an economic downturn, incomes rose throughout the quarter, pushed higher by a 6.2% increase in government payments related to COVID-19 and the bushfires, and an 11.1% increase in insurance payouts as a result of bushfires and hailstorms.

Household incomes even rose in per capita terms, by 0.1% after abstracting for population growth.

But rather than spend more, Australian households dramatically increased saving in the quarter, pushing the household saving ratio up from 3.5% to 5.5% and pushing down household spending 0.2%.

Spending on goods actually increased over the three months as Australians stocked up on essentials including toilet paper in March.

The production of “petroleum, coal, chemical and rubber products” surged 8.1% as consumers stocked up on cleaning and disinfectant products.

But spending on services plummeted, led down by dramatic falls in spending on transport and hotels, cafes and restaurants.

Spending on transport services (airlines and the like) fell 12.0%. Spending on hotels, cafes and restaurants fell 9.2%, each the biggest fall on record.

Spending fell on ten of the 17 consumption categories.

By industry, the weakest sectors were, again not surprisingly, hospitality (-7.6% q/q), and transport services (-4.9%). ​These falls likely represent not just the initial impact of the COVID-19 shutdowns, but also the effect of the summer bushfires.
​
​Manufacturing was the strongest industry, with output rising a solid 2.1% in the quarter.
​
​There will be more bad news to come – the current quarter will be much worse, which means we would meet the technical definition of a recession in 3 months.
​
​And then we can look forward to a rebound.
​
​At least it’s out in the open, and now we move on. 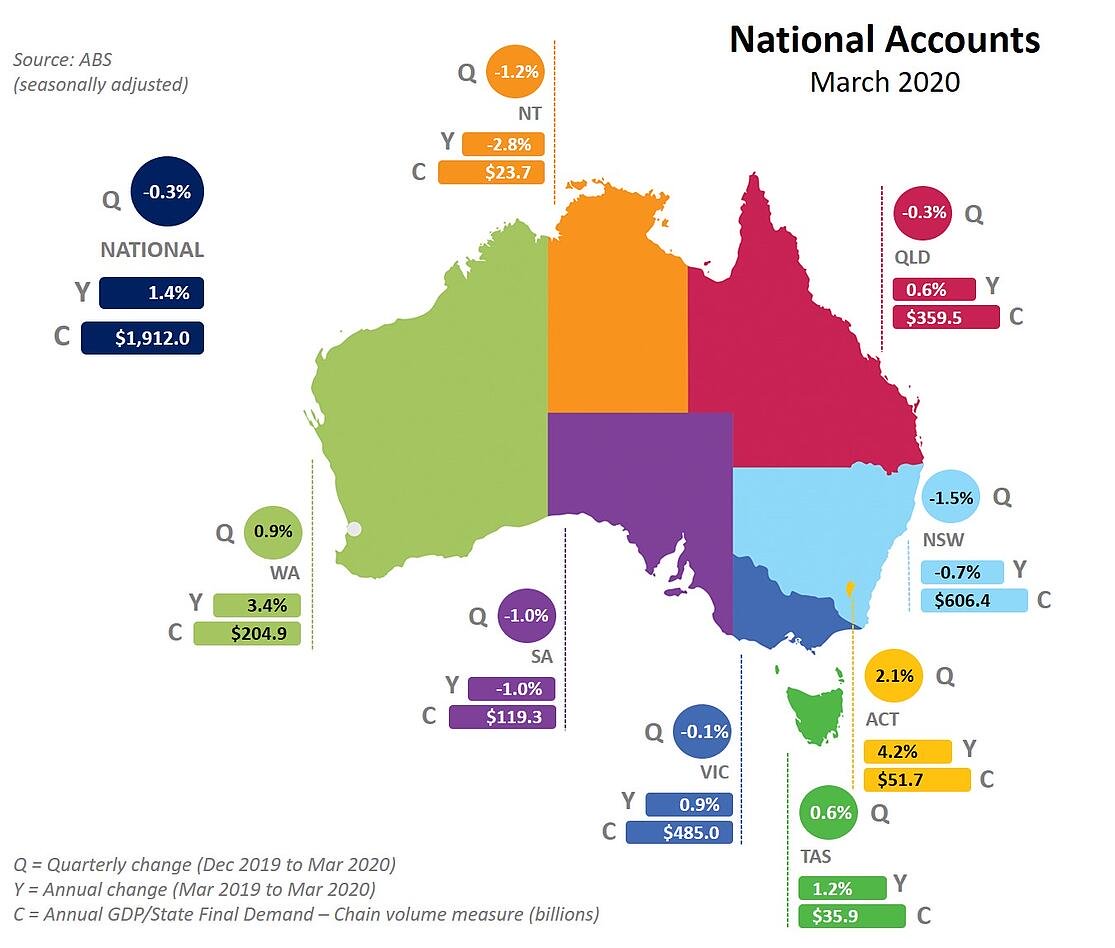 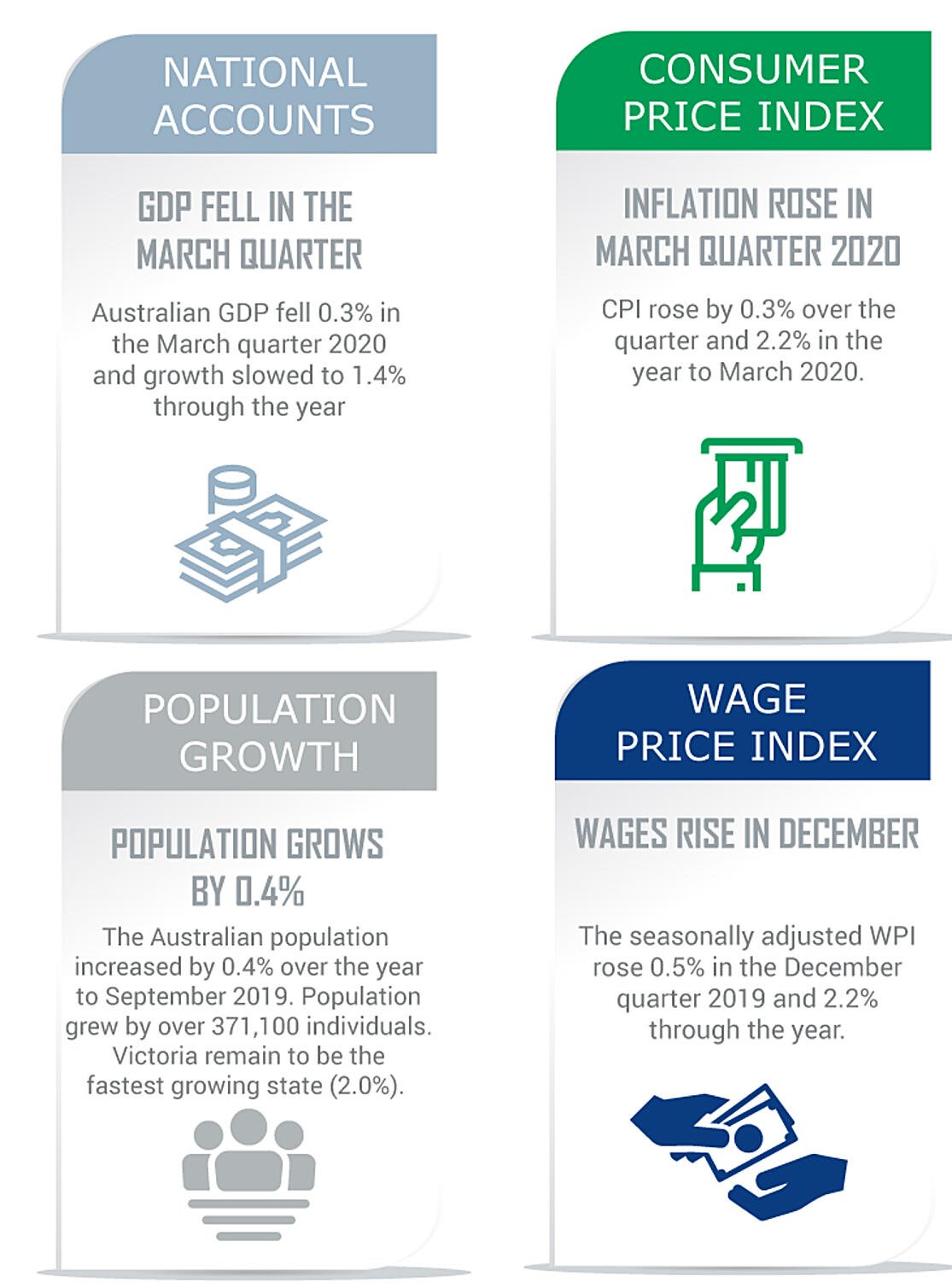 Here’s what ANZ Senior Economist Felicity Emmett had to say….

The 0.3% q/q decline in GDP was broadly in line with expectations.

This is the first decline in GDP since 2011, at the height of the European debt crisis.

But it is just a taste of what’s to come, with Q2 growth set to drop sharply. 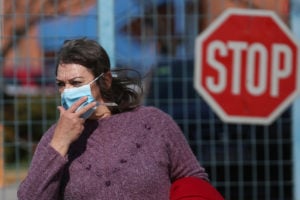 While a negative GDP outcome is disappointing, it’s worth keeping in mind that on international comparisons this is a pretty good result.

Given Australia also had a hit from the summer bushfires, our modest decline should be seen in context.

Not surprisingly, the private sector economy was weak in the first quarter.

A sharp fall in consumer spending (-1.1%) was the key contributor to this weakness, while housing construction (-1.7%) and business investment (-0.8%) also fell.

By industry, the weakest sectors were, again not surprisingly, hospitality (-7.6% q/q), and transport services (-4.9%).

These falls likely represent not just the initial impact of the COVID-19 shutdowns, but also the effect of the summer bushfires.

Manufacturing was the strongest industry, with output rising a solid 2.1% in the quarter.

The focus is now on Q2 GDP and the subsequent recovery.

We expect Q2 GDP to fall sharply, a second consecutive fall which would meet the often used technical definition of a recession – Australia’s first since the early-1990s.

The better news on the health outcomes and earlier relaxation of restrictions also suggest, though, that the drop may not be as deep as earlier feared.

The recovery is unlikely to be V-shaped and further stimulus will likely be required to support growth over the next year or so.

The hit to hospitality and transport services as a result of border closures, stay at home measures and the bushfires was apparent. 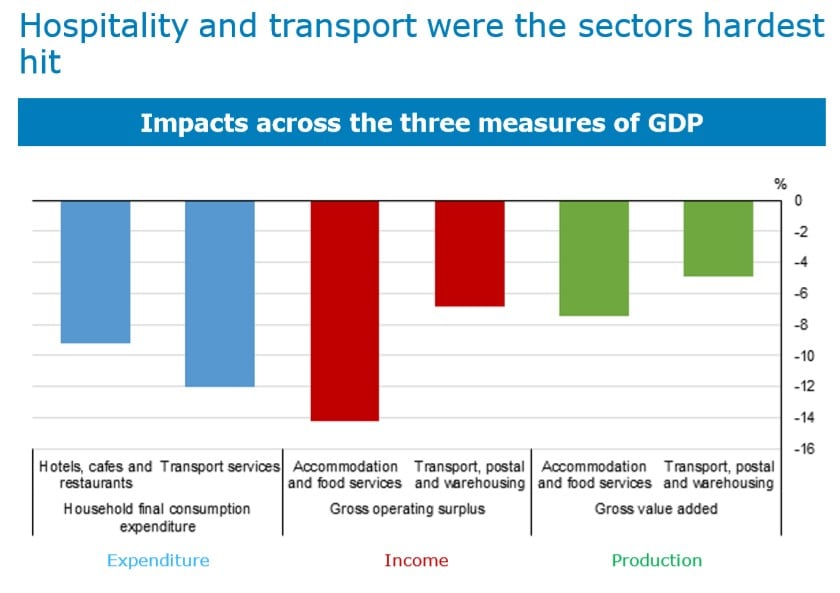 Manufacturing had the largest rise in output during the last quarter while retail and wholesale trade output grew. 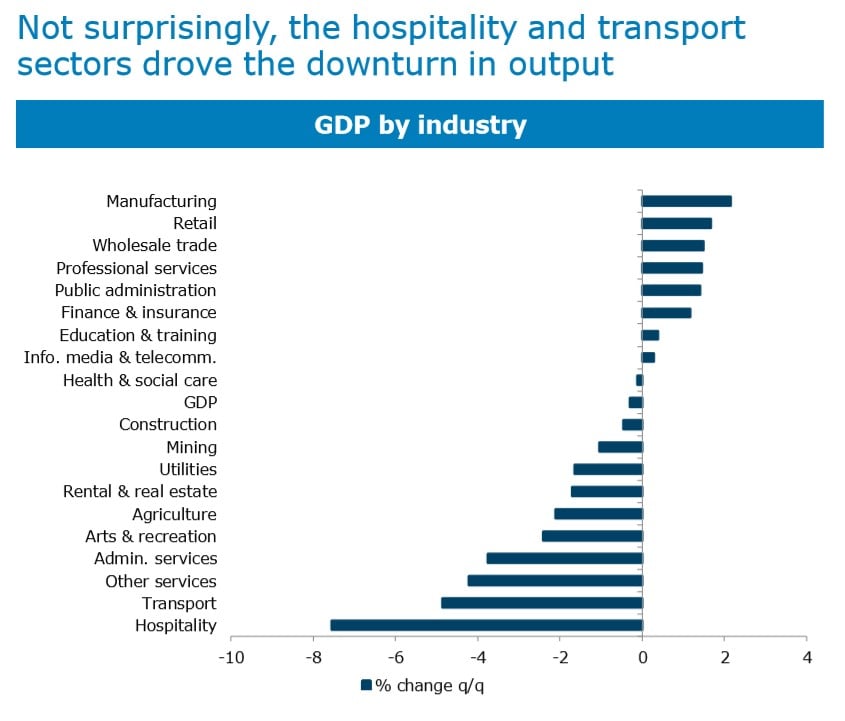 The weakness was broadly based: consumer spending, housing construction and business investment all fell over the last quarter. 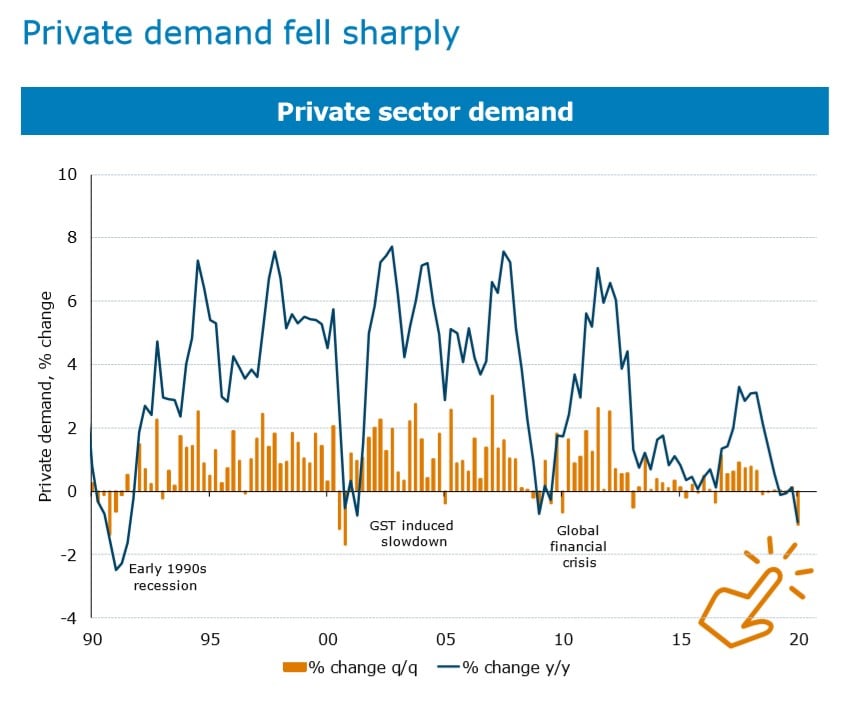 Public spending and net exports offset some of the weakness in the private sector. 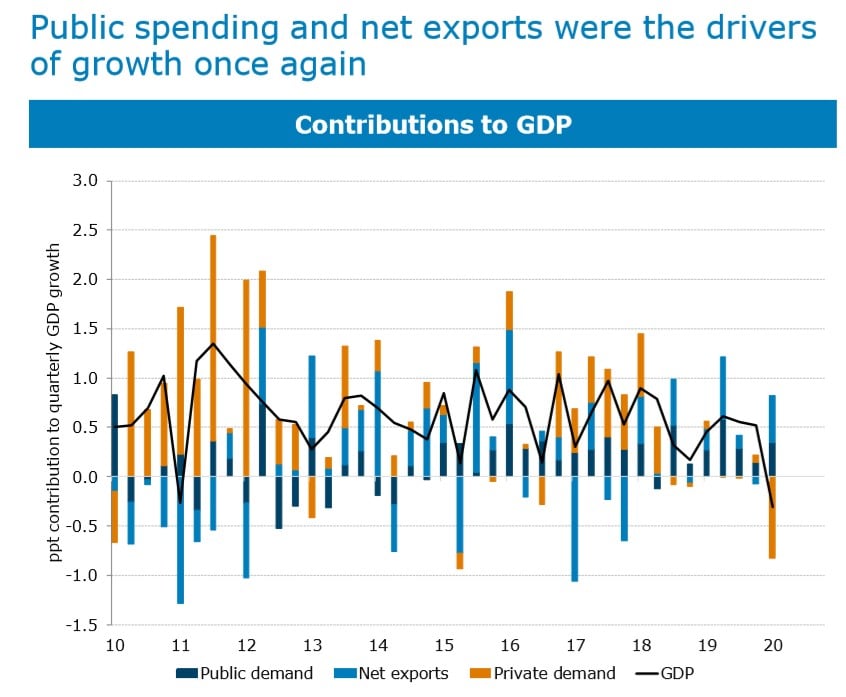 Public demand has been a key support to the growth of our economy for some time. 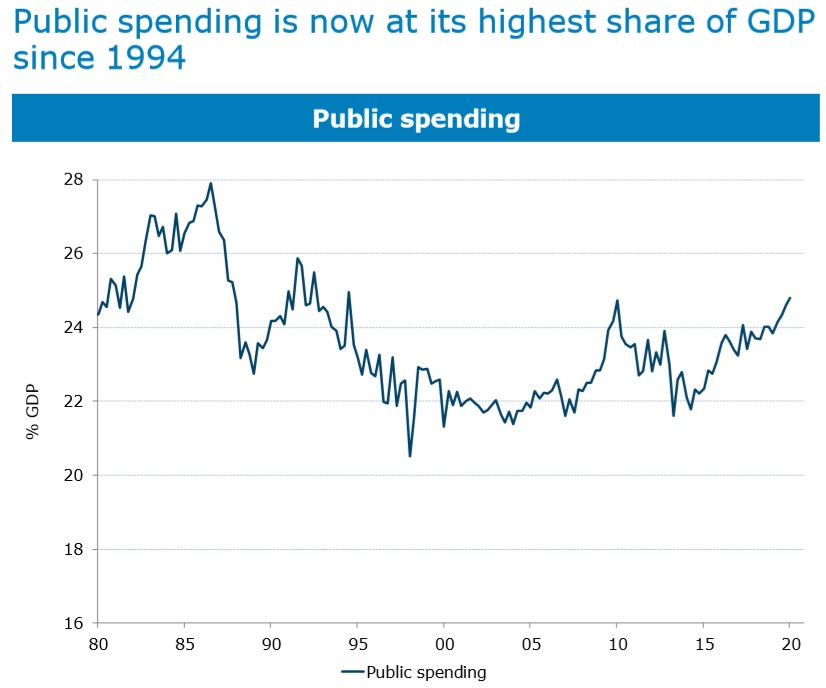 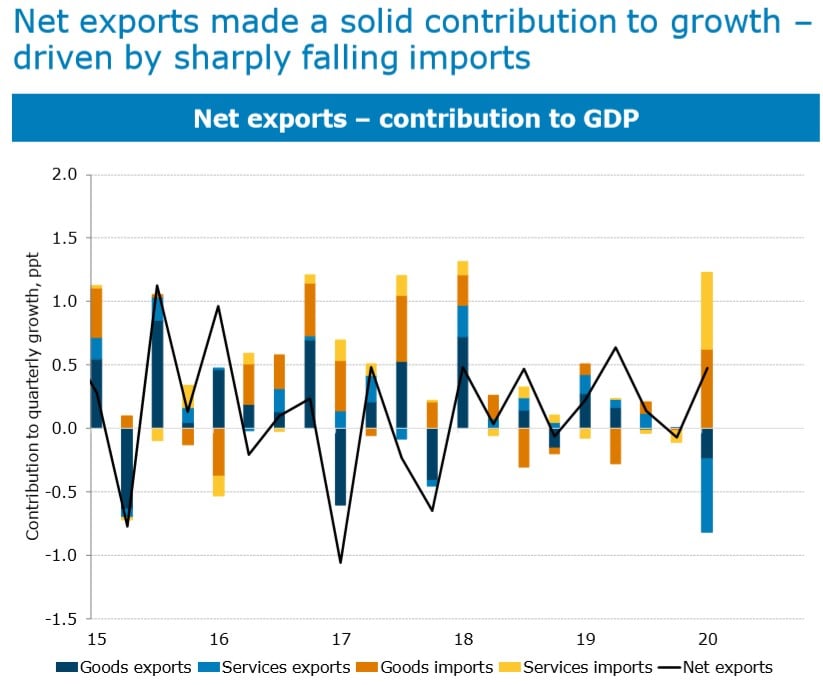 Household consumption fell as a fall in services spending out weighed a 1% rise in goods consumption.

Transport services drop 12% due to reduce travel and stay at home advice.

Hospitality fell 9% Spending fell 1.6% written by a drop in GP visits and the cancellation of elective surgery. 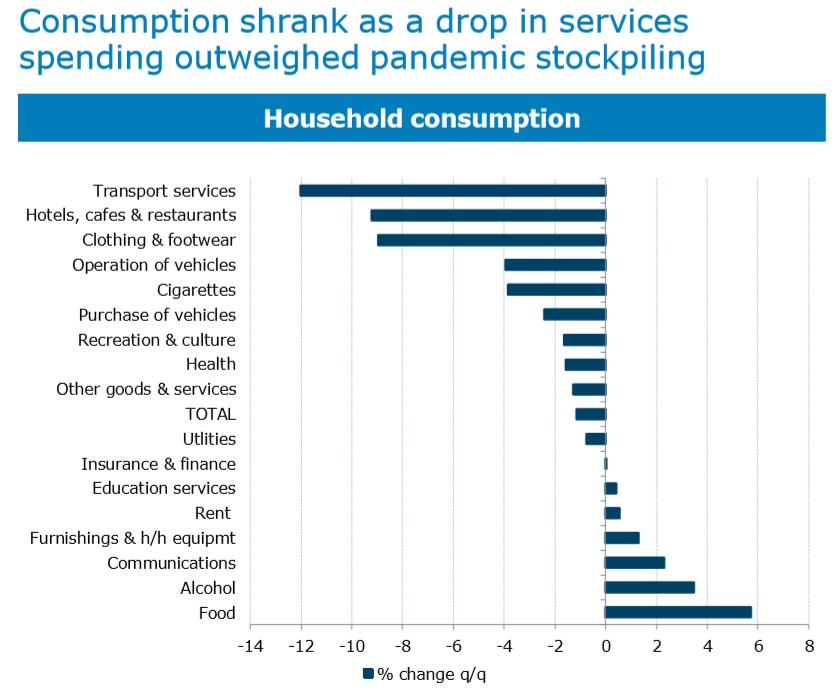 After trending lower since the global financial crisis, the house household saving rate has been rising since mid 2019. 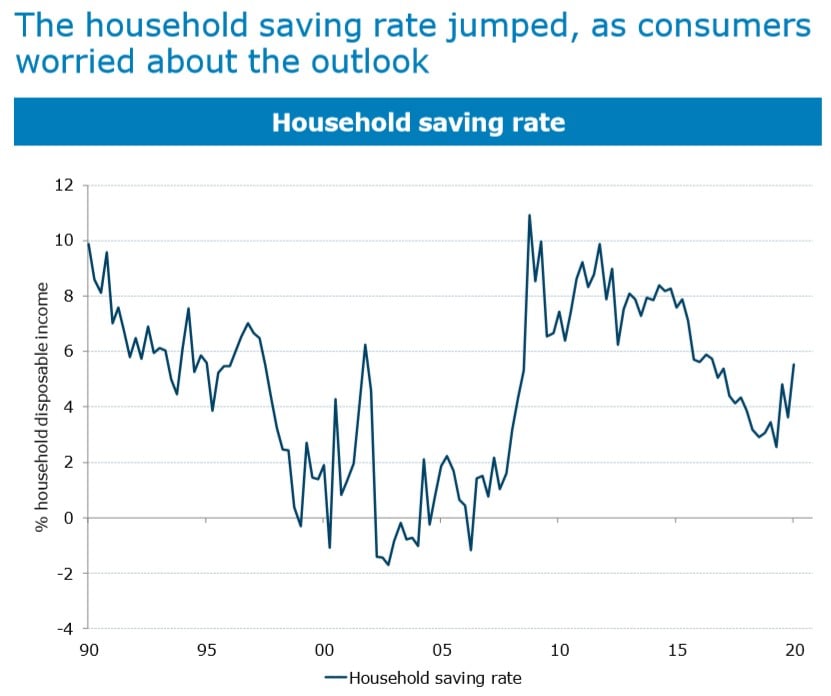 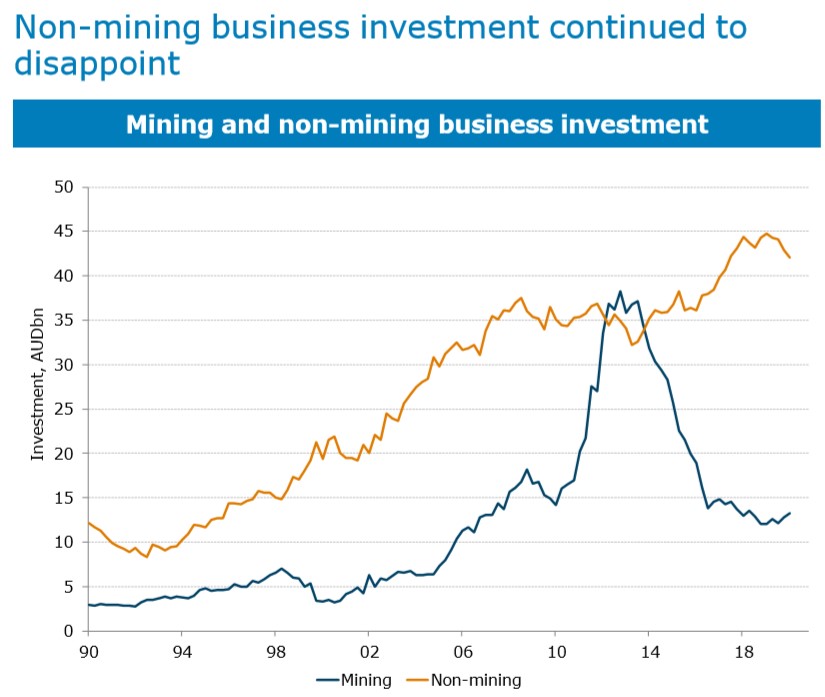 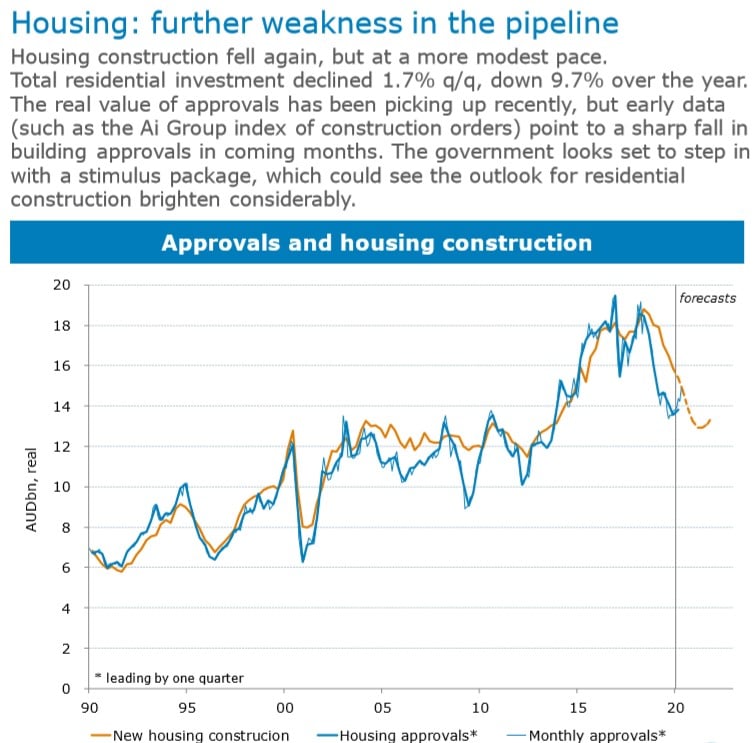 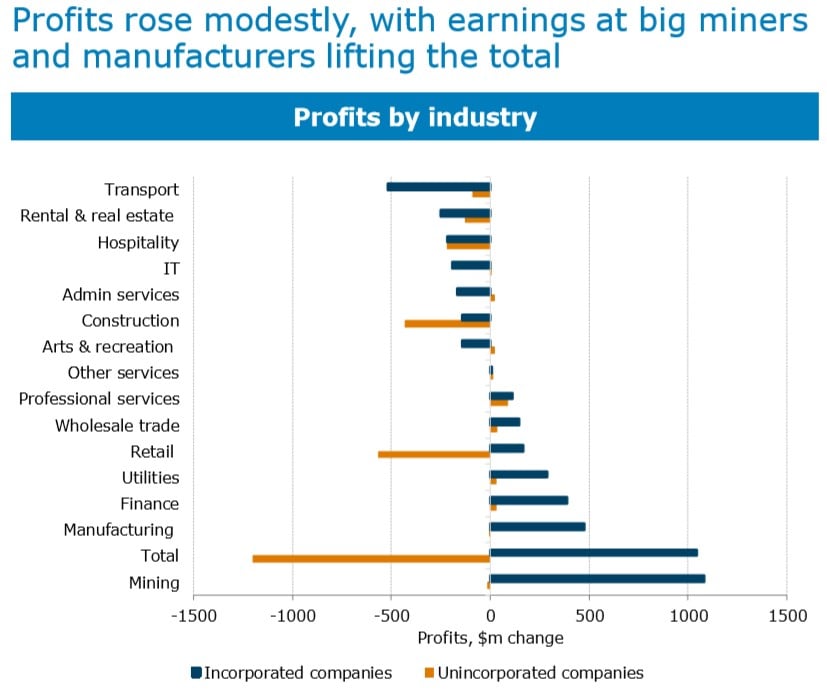 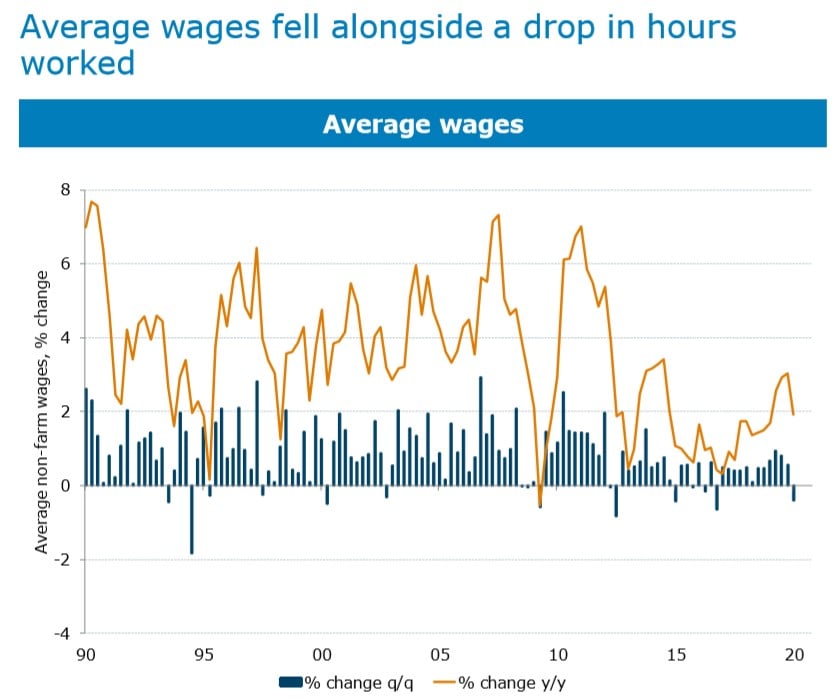 Source of commentary and charts: ANZ Bank – this is not personal advice, as it does not consider your objectives or circumstances. 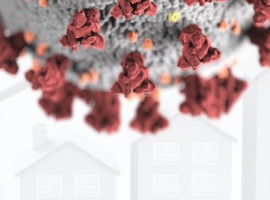 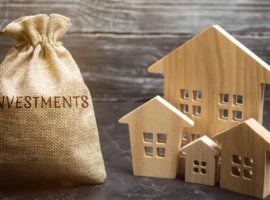 'Are we in recession or aren’t we?' have no comments