There’s something going on in the property development sector that no one wants to talk about. 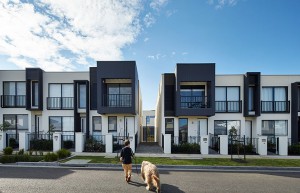 We all know that there is a massive glut of new units about to hit about our major capital cities and tighter lending criteria means that many of the would-be new owners won’t be able to settle.

To make matters worse, many of these units were sold to foreign investors and banks now have restricted lending policies for offshore buyers.

In the next 12 to 18 months, I think we’re going to see many people – locals and foreigners – who won’t be able to settle on their new units, which will potentially have a knock-on effect to developers.

This is especially concerning because of the restrictions on lending to foreign investors.

As a result over the next 18 months there’s going to be some significant pain as these developments come to maturity.

There are some key differences between the two markets because the regulators were very open on wanting to restrict the amount of investor debt.

They were on the record as saying, “We want to reduce the amount of investment lending in Sydney and Melbourne” because the statistics showed that in those two markets, about 18 months or two years ago, that up to 60 percent of all properties being purchased were by investors.

To be fair, it probably did get out of whack with the long-term averages of the number of investors in the market.

That said, with the mining downturn, the government was also looking for someone to keep the markets moving – and a housing market is generally a very stable and strong market – so for a long while access to funding for developments was there.

Back then, our country and population was growing and so developers were able to go out and get access to some pretty cheap money to be able to build their high-rise apartments.

And these developers were targeting foreign investors, because they could only buy something that was new.

They can’t buy existing property unless they’re a resident here, so foreign investors were the key market for these types of unit developments.

But recently the regulators have gone to the banks, analysed the data and have potentially identified those developers that could be at risk with the restrictions on foreign investment.

Of course, no one wants our good developers falling over because they can’t complete their properties.

The flow-on from these restrictions is already evident, because I’ve noticed very recently that when I talk to some of our banks about property development, they’re just saying, “No, not at the minute”. It’s not a “maybe” or “let’s have a look at the deal”.

It’s pretty much just a flat no.

These types of lending restrictions, at the moment, are targeted at smaller developers but in my opinion where there’s smoke there’s fire.

So, if they’re saying no to the smaller developers, it generally will mean that they’re having some restrictions onto the wider market as well.

So, what impact do I think this will have on the development sector generally?

Well, in the short-term – in some of our markets there’s obviously an oversupply of these properties that are going to come to maturity and look to be settled – so there’s going to be some grief with our foreign investors not able to settle and looking to fire-sale apartments.

What happens when you fire-sale apartments, of course, if you paid $400,00 and someone sells it very quickly to dump it at $350,000, well, that’s what all of your apartments are going to be worth. 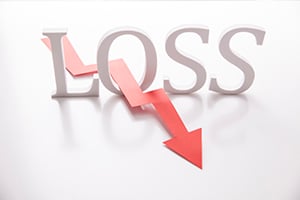 There’s going to be a downturn so the market is going to take that hit.

While it’s definitely going to have an impact on the purchasers and the investors, there’s also some property developers that could be at risk if, all of a sudden, half or two-thirds of their development has been sold to foreign buyers and none of them can get access to funds.

They’re potentially going to be sitting there with half a tower or half a property that’s empty.

To be brutally honest, I think the horizon could look pretty nasty.

In 12 to 24 months, we’re going to see some potential disasters happening.

There’s absolutely going to be some really nasty stories of people who have bought in as well as potentially some developer grief where we could some developers – big, small or otherwise – fall over because they can’t keep their financial obligations or complete projects.

Sure, the future of the new unit market looks rather grim, but there are things that investors can do to protect themselves from the downfall. 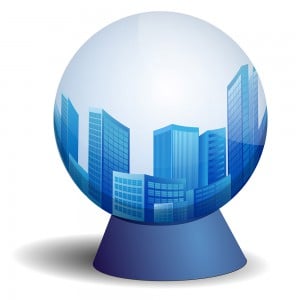 My advice would be to get onto it sooner rather later because the key generally in these circumstances is the valuation.

By the time a developer on-sells – and they sell it through agents, they sell it through people that all get paid along the way and they have their developer’s margin and everything like that in there – it’s quite often, but not always, that the property will actually be valued less than what they purchased it for.

Putting your head in the sand is not a good strategy, or a savvy way, to approach these types of things.

Even if you suspect that it’s going to be a bad situation, you really need to be on the front foot. Start speaking to experts in the field now before your financial back is up against the wall.

'Are regulators looking at property developers?' have no comments