Australia’s biggest banks have been forced to restrict their mortgage lending, in a move that could have big implications for the third-party channel. 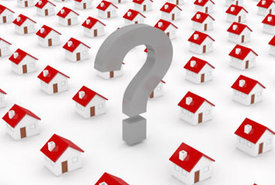 After warning of “heightened levels of risk” in the housing market, APRA has ordered five banks to increase the amount of capital required for their residential mortgage exposures.

That means that ANZ, Commonwealth Bank, NAB, Westpac and Macquarie Bank will have to retain billions of dollars that would otherwise have gone out in home loans.

The five banks currently hold on to an average of about 16 per cent equity against risk-weighted assets – that will now increase to at least 25 per cent from 1 July 2016.

According to APRA’s most recent banking statistics, the five banks in question made 85.0 per cent of all owner-occupied loans in May and 86.4 per cent of all investor loans.

This regulatory change will therefore “enhance the resilience” of those banks and the broader financial system, APRA said.

However, it only applies to the five banks, which use what is known as the IRB approach to credit risk. Australia’s other lenders use a more conservative system, known as standardised risk weighting.

Lifting the capital adequacy requirements is consistent with the program of the Basel Committee on Banking Supervision, an international body that has been working since the GFC to make the banking system more secure.

APRA said its new rule is a temporary measure given that the Basel Committee has yet to finalise the relationship between the two credit risk systems.

Further changes to IRB mortgage risk weights could therefore be made, although that would be unlikely to happen in 2015, APRA added.

Australian regulators are becoming increasingly concerned by what they believe is a growing amount of risk in the mortgage and housing system.

APRA’s submission to the ongoing federal Inquiry into Home Ownership said that while Australia’s system has historically been solid, risks have emerged and things can change quickly.

In March, the Reserve Bank warned that the strong investor market could trigger a jump in speculative behaviour and ultimately a “significant” fall in prices.

Moody’s, the prominent credit ratings agency, said in May that rising property prices and deepening housing market imbalances are increasing the risk of a housing crash.

Read more: Mortgage rates will rise as APRA gets its way

'APRA forces its hand to cool housing market' have no comments