There’s been a lot of concern lately about APRA curbing to lending to property investors and how this may cause our real estate markets to slow down. 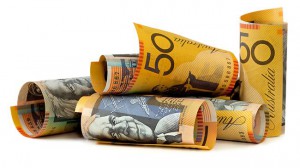 Australia’s two largest capitals which seems to be pricing first-time home buyers out of the market.

The new directives from the Australian Prudential Regulation Authority (APRA), come at a time of intense growth in the residential property sector in the Sydney and Melbourne property markets.

A finder.com.au analysis of data from APRA  shows that 16 banks have grown their investment home loan lending by more than 10 percent in the past year to June 2015, including three of the four major banks: ANZ, Commonwealth Bank and NAB.

Banks have collectively grown their investment lending by 16.5 percent in June 2015 compared to June 2014.

Investment lending in the past year has grown more than three times that of their owner-occupied lending.

“While APRA has implemented measures to curb investment lending growth, many banks have clearly not responded as their lending has continued to rise.

“In fact, 16 banks have increased their investment lending by more than APRA’s recommended 10 percent growth rate in the past year, including some of our biggest banks.”

The biggest increase in investment lending growth was by Macquarie Bank by 81.6 percent to $9.0 billion, largely due to acquiring loans books from other institutions.

In contrast, the biggest investment lender in Australia – Westpac – grew its investment lending by just 9.9 percent in the past year to June 2015, to $152.5 billion. 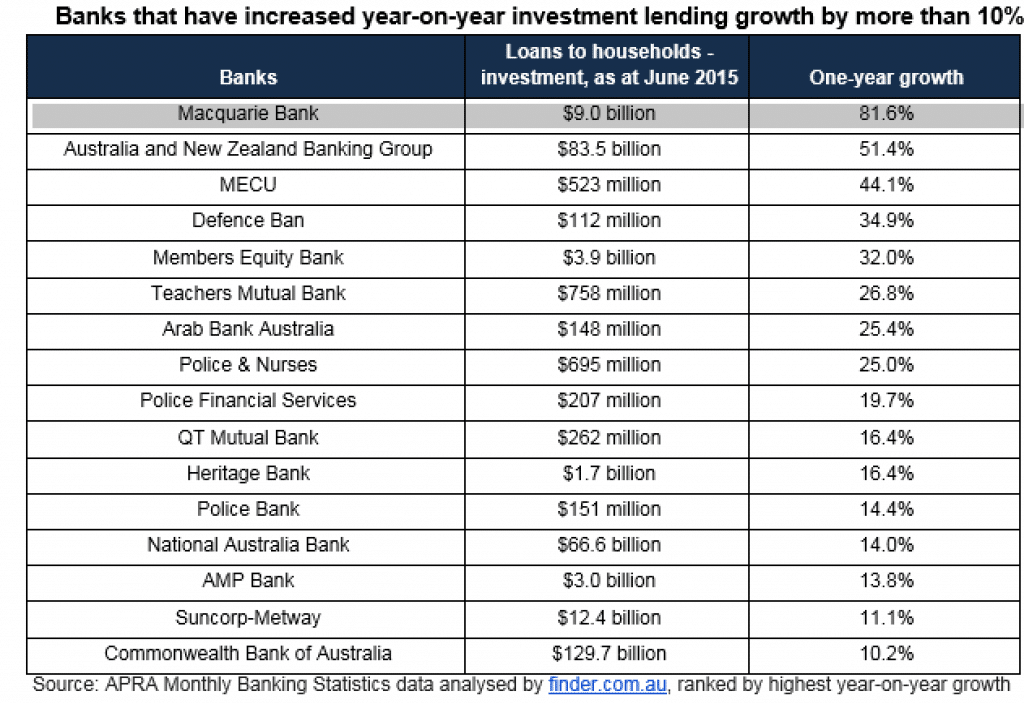 Taiwan Business Bank saw the biggest growth in investment lending of 300 percent over the past two years, moving from $4 million to $16 million.

While Macquarie Bank also had the biggest growth for owner-occupied home loans since June 2013 of 155.7 percent, from $5.8 billion to $14.8 billion.

“Borrowers need to be mindful that some lenders may pull back on investment lending harder than others, by following the lead of AMP earlier this week and ceasing offering investment loans, or increasing rates or tightening down on lending criteria,” said Mrs Hutchison.

“In this turbulent market, it’s vital to do your research and compare providers and their offerings, weigh up the pros and cons, and ensure you’re getting the best possible deal for your personal situation.”

You can learn more by reading these blogs: