Perth is facing an impending apartment glut, as property developers remain active at a time that the economy is cooling and subdued population growth lessens the demand for property.

The Perth property market was in a bit of a slump a few years ago, and then the economy picked up and the mining boom brought more people out west and what started off as a housing shortage in Perth could end up in oversupply situation next year as a large number of apartment complexes,  most of which were started in stronger economic times, reach completion. 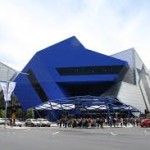 Stewart Darby, executive manager research of the Real Estate Institute of Western Australia said there was an emerging risk of excess stock.

“The risk of oversupply in the foreseeable future by 2015-16 is a real possibility as new supply is completed but demand, particularly for rental stock, is falling as population growth slows,”

“This in turn will limit demand for rental property at a time when rental markets across WA are already haemorrhaging.”

Of course this timing coincides with a pullback in major resources investment, which has meant fewer people moving to Western Australia for jobs.

Add to this the fact that the latest Australian Bureau of Statistics figures show unemployment in WA has lifted from 5% to 5.2%  and that population growth peaked in WA in September 2012  and the picture looks a little grimmer.

It is likely that the combination of all the above factors will put a damper on property prices and rental growth in the resource of state for some time.

'An apartment oversupply in Perth is looming' have no comments