New home sales are down.

In another sign that our property markets have peaked the HIA New Home Sales Report, a survey of Australia’s largest volume builders, showed monthly new home sales declined by 4.0 per cent in September 2015, with the level of activity down from the April peak by 5.2 per cent.

“The decline in total new home sales was reflected in both the detached and non-detached segments of the market in September 2015,”

“Following the peak level of sales that occurred in April this year, sales activity has trended lower only very modestly.
This augers well for actual new home building activity in 2015/16.”

“A fresh record level of building activity during this financial year could have been achieved – and could have been of strong benefit to the broader domestic economy – but increasingly restrictive credit conditions are likely to curtail the boom in new home building.”

“The deterioration in credit conditions is likely to weigh more heavily on new home building activity beyond 2015/16.
We have therefore pared back our forecasts for activity over our forecast horizon beyond the end of the current financial year.”

In the month of September 2015 detached house sales declined in four out of the five the mainland states.

In Victoria, detached house sales increased by 3.1 per cent.

You probably know that at Metropole, we’ve never considered the new home market (new house and land sales mentioned in this report) as “investment grade” properties.

The value of these properties fluctuates more than others depending on market sentiment, interest rates, wages growth and employment prospects.

Steer clear of new homes in the outer suburbs.

However it is importnant to recognise that these figures are a sign of what’s happening in the general market place – we’re moving into the next phase of the property cycle. 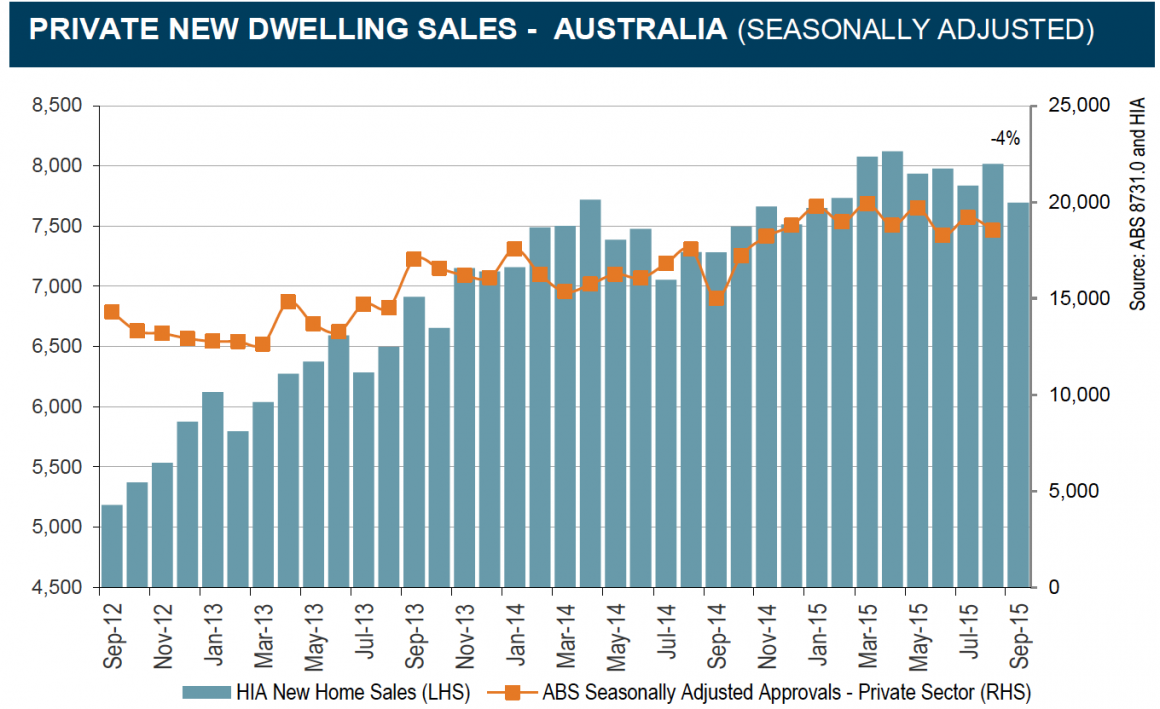