Even as numerous affordable housing advocates cry out for something to be done about the many families under severe mortgage and rental stress across Australia, support for the federal government’s National Rental Affordability Scheme (NRAS) by financial institutions and super funds takes a battering.

According to a Sydney Morning Herald article, investors who have put their hand up to participate in the NRAS, which is intended to boost available low income housing, are being turned away by the big four banks and refused funding.

Both the Commonwealth and ANZ continue to knock back small investors keen to buy homes through the initiative, with a financial blacklist of ”unacceptable” buildings circulated by one of the big four banks late last year, specifically targeting NRAS projects.

With the outing of this list in Westpac and NAB did a back flip, amending their policies to allow lending on NRAS developments, along with a select few second-tier lenders who have expressed a willingness to finance the rent-subsidised housing program from its beginning almost four years ago.

While the scheme, which was first introduced by the Rudd government in 2008, was never really popular with investors, funding difficulties obviously put some potential investors off the NRAS,.

Commencing with an ambitious target of 50,000 new dwellings to be added to the national housing pool by 2015, this has since been revised down to 35,000 by 2012 as various roadblocks have seen the NRAS targets take a significant blow.

So far, only 4,178 dwellings with low-income tenants have been delivered across the country, with 534 NRAS homes in Victoria, 921 in NSW, 928 in Queensland, 666 in SA and 571 in the ACT. An additional 20,408 dwellings ranging from studio apartments to three bedroom homes have been allocated to various groups up to August this year.

Rental stock produced by the NRAS, is leased to low-income tenants at 20 per cent below market rents, with some suggesting the eligibility markers are a little too generous. For instance, couples with three children who have a combined income of up to $98,695, which can rise to $123,369 before they leave the scheme can apply.

So how does the NRAS rate for investment potential?

However I would be asking, “Are you really buying an investment grade property or just another ordinary property in a secondary location?”

While it’s important for the government to provide affordable housing for the many families unfortunate enough to be experiencing financial hardship, the take home message for investors is to be wary of where you choose to park your money. 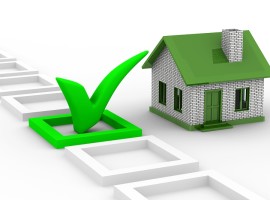 'Affordable housing not very attractive to the banks' have no comments