Activity in the Melbourne weekend home auction market will track backwards this Saturday with buyers and sellers distracted by the ANZAC Day long weekend holiday. 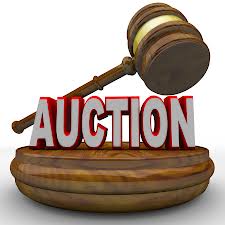 Despite the holiday break, there will be nearly 500 auctions at the weekend which will be well down on last weekend’s 749 listings but well up on the 92 homes auctioned over the same weekend last year.

The outer east will host the highest number of auctions this weekend with 85 followed by the west 79, the north east 71, the north 62, the south east 48, the inner city 46, the inner east 44 and the inner south with 40 auctions scheduled.

Mount Waverley has the highest number of auctions listed this weekend with 14 followed by Reservoir and Craigieburn each with 10, Brunswick, Noble Park and Bundoora each with eight and several suburbs with seven auctions listed including Glen Waverley and North Balwyn

The weekend home auction market recorded yet another robust clearance rate last Saturday with buyer and seller confidence clearly on the rise since Easter.

Melbourne reported a clearance rate of 76 per cent which was just below the 76.3 per cent recorded the previous weekend but remained the boom-time strong 82 per cent result recorded over the same weekend last year.

Clearance rates over the past fortnight have continued to track above the weekend average of 75.5 per cent recorded over the year so far.

Melbourne is now consistently reporting the highest clearance rates of all the capitals with Sydney rates on the decline and recording a year-low 67.7 per cent rate last weekend.

Melbourne house prices also continue to rise with the March quarter result reporting a 1.2 per cent increase to a median now at $726,962.

House prices have now increased by 11.8 per cent over the past year which is clearly the best of all the capitals and now well ahead of Sydney at 6.9 per cent.

Melbourne and Hobart were the only capitals to record growth in house prices over the March quarter.

Although Melbourne house prices increased over the March quarter, unit prices decreased by 1.7 per cent to a median of $444,370 and an annual increase of 3.8 per cent.

Auction activity will increase over coming weekends as buyer and seller confidence continues to rise in the nation’s strongest housing market.

Uncertainty over the political outlook with a looming federal election and the prospect of significant policy changes to will also act to constrain consumer and investor sentiment over the near-term.

'A quieter weekend for Melbourne auction market: The latest results' have no comments