90.9% of all Australian residential property sales in the March quarter were profitable for the sellers.

Each quarter CoreLogic releases a Pain and Gain Report which is an analysis of homes which were resold at either a gross profit or gross loss.

And according to the latest report 90.9% of residential property sales received a higher price than what they were initially purchased for and just over 30% saw their prices double from the initial purchase price.

It came as no surprise that capital city housing markets recorded a significantly lower proportion of loss-making sales compared to those seen in regional areas.

Only 6.2% of residential properties sold in capital cities were done so at a price lower than their buying price.

This compares to 14.6% of all sales that occurred in regional areas. 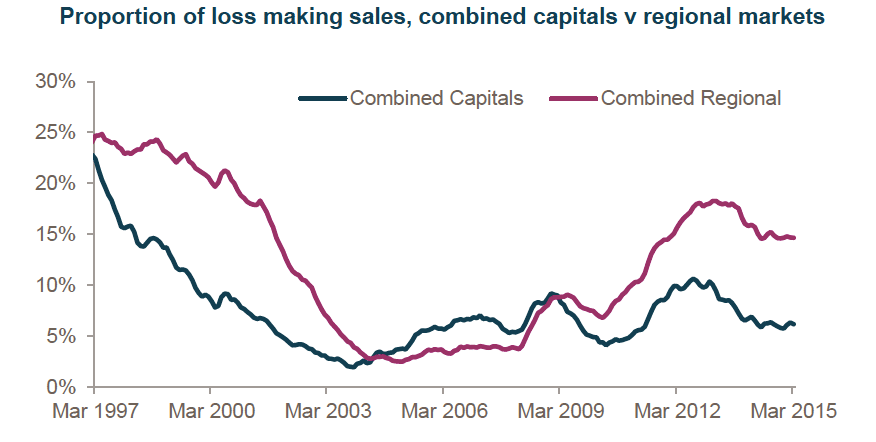 And again, not surprisingly, 24% of Melbourne’s inner city high rise sales occurred at a loss.

Proportion of total resales at a loss/gain, houses vs. units, March 2015 quarter