‘Use your head, not you heart’ is the mantra for successful property developers, and no tool is more useful than the cold and, literally, calculating feasibility analysis.

An emotionless and well-considered feasibility isn’t something you want to snuggle up to on the couch. 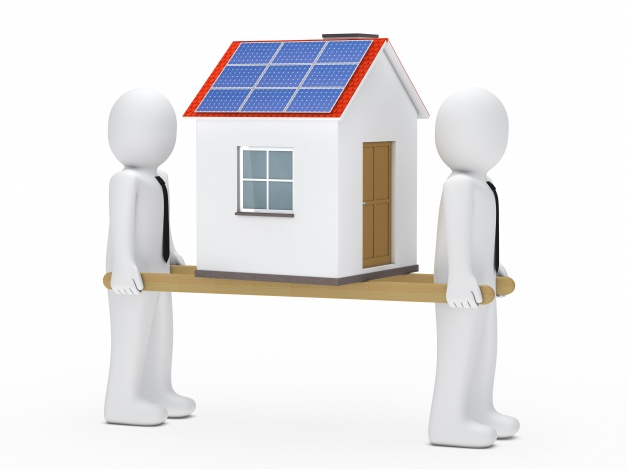 It won’t bring you a hot chocolate in the dead of winter, nor will it compliment you on your fine haircut- it will, however, be your sage and sober companion.

It’s the litmus test that proves whether that cute little development prospect you’ve got your eye on is the real deal, or a money-sucking hanger-on that’ll leave you brittle and broke.

Developers run their numbers quickly and early. It’s the step most often taken after a prospect is found and it’s also the most critical few hours of any deal.

What is a feasibility calculation?

A feasibility calculation determines how much you should pay for a developable property in order to make a satisfactory profit.

The process relies on assessing the revenues and costs, and using these to calculate an outcome.

The procedure isn’t flawless, of course, and it does require the user to make assumptions and estimates without emotion, nut when used correctly, you can reduce the risk of saying ‘yes,’ when a ‘no way Jose’ would be more appropriate.

With modern technology, most developers have a proforma set up in a portable spreadsheet that will calculate the complexities of a project’s monthly income and outgoing cash flows.

For novices, however, we’ll discuss the basics of a simple, straight-line feasibility.

What projects do they work on?

In short, pretty much everything from renovating your home through to the construction of a high-rise tower.

The formats, layouts and details vary depending on your project’s complexity, but they all deal with the same principles.

As long as you can determine the inputs as accurately as possible, then a result will be reliable.

Talk to any old-school property developer, someone who could run numbers before the pocket calculator was invented. They’ll say, ‘If it doesn’t work on the back on a napkin, it doesn’t work- full stop.’

Feasibilities don’t have to be complex to be effective, but they do require you to understand property development’s many facets.

Have you ever met someone who claimed their double size residential block is worth $1 million because if they split it, they’d fetch $500,000 for each side?

They’ve stumbled over the very first step in feasibility analysis by ignoring all the costs and risks to get from raw land to a finished product.

A basic ‘straight-line’ feasibility is the one to run when you’re quickly considering a prospect. It’s a simple process of estimating what you end product, eg. The renovated house or two newly created vacant lots, will sell for.

You then deduct all the costs from that ‘gross realisation’ amount to see how the profit stacks up at a certain purchase price.

For explanation purposes, let’s assume you have the chance to buy a vacant allotment that can be spilt into two separately titled sites.

Here are some of the inputs to be across. While not every number will apply in every instance, they should all cross your radar during the feasibility process. 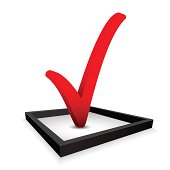 As a disclaimer, arguments can rage on how to calculate some of the numbers, particularly in relation to interest charges.

It’s not a one-size-fits-all process.

The following provides a general description of the figures that go into most basic feasibilities.

The amount paid for the original development site. Let’s say $500,000 for our example.

The overriding term for the costs associated with buying the original development site.

Some analysis will calculate these to the dollar based on the contract price.

That said, quick thinkers might just apply a percentage of the purchase price as an estimate.

Acquisition costs include stamp duty, conveyancing and other incidentals you outlay as the buyer.

These are the total costs of developing the project eg. Council charges, professional fees, materials and labour.

They don’t include interest charges, but everything else it takes to change your holding from its raw state to the marketable end product is allows for.

For simple calculations, the will also include an amount for council rates and any other extra charges too.

These figures should also include a contingency amount.

The development period is the length of time, usually in months, it’ll take to actually develop the project, from settling on the original site through to when the end product is listed for sale.

The importance of this figure is in the calculation of interest. Let’s say for our splitter project, it’s going to take four months to get the blocks resurveyed and the titles issued. 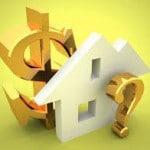 The sales period is the amount of time from listing the end product for sale through to its ultimate settlement and you receiving the cash.

Like the development period, the sales period is necessary when considering interest and holding charges. In our example, we’ll assume a three-month sales period.

The project’s development horizon simply refers to the development period plus the sales period. For our example project, this would be seven months.

The estimated amount you’re likely to pay the bank for borrowing both the development costs and for the original site purchase amount.

In a complex spreadsheet, this will be worked out on a month-by-month basis, because the interest being charged will be influenced by when funds are drawn during the development, and when funds come in from the sale of the end product.

When doing a very basic feasibility, however, many developers will conservatively allow for interest on the total costs for the combined development and sale periods.

In our calculation, the total borrowings for site purchase, stamp duty, finance and legal, and development came to $543,400. Interest for our seven-month development horizon will therefore be:

This is the end value of your project.

This requires you to do some market research and determine, as realistically as possible, what the finished properties will likely fetch.

Make sure you check comparable sales and speak to local experts.

This relates to the cost of selling your finished product and will include advertising and agent’s commission. A few situations may include other taxes and charges too. Some developers calculate selling costs exactly, while others apply a percentage of the end sale prices. 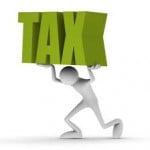 Tax is a complex issue for developers with most seeking their accountant’s advice on how best to handle GST.

GST on development costs is claimed throughout the project regardless of which approach is used.

Because we’re attempting a basic, early-stage feasibility, most would agree that GST claimable on costs and GST payable on your sales can be left out of the numbers for now.

This is the amount you’ll pocket from doing the project.

Some developers look at it as a percentage of the overall costs.

Others will consider the total dollars they’re going to earn over the project horizon and make a judgment call on whether it’s enough to compensate for doing the project. 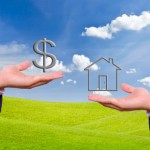 The acceptable profit will rise and fall depending on how risky the project is.

In high-risk projects a developer might like to see 25 per cent of the costs going into his pocket. For a low risk splitter, something closer to 15 per cent would be fine.

Profit and risk will also relate to the project horizon.

If you can turn around a $50,000 profit on a low risk project in just seven months, this might be enough to keep a smart developer happy, even if it’s below the desirable 15 per cent profit mark.

Russell Matthews is a fourth generation real estate agent raised on a steady diet of property deals and number crunching.

Her certainly has a flair for working with figures and put his skills to good use on a family project in Salisbury, Queensland.

The site offered a two-bedroom cottage on an 810-square metre corner block. The house would’ve been generously described as ‘in original condition’….very original.

The property’s saving grace was the land, according to Russell.

“Its spilt potential was obvious. There’d been a few offers but none came up to what the owner wanted- very close, but no cigar.”

The home needed a little bit of touch up and there were some general ground works to do. There were also the costs of resurveying and retitling the new allotment.

Russell did some mental arithmetic. He has an old-school approach to project analysis where he initially runs very quick numbers in his head.

If these appear promising, he’ll start to get into the nitty gritty.

“You need to know all your costs. Every one of them, and add all of them up.”

You also need to add in a little contingency if something goes wrong- which it did in this instance.

Russell says there were obvious costs such as fencing, and the realignment of a small shed that was traversed by the new boundary.

“We also had to do a driveway from the second road with a crossover for the house.”

Russell felt confident with his figures. 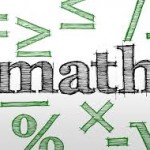 He could sell the finished properties himself and avoid the usual agent’s commission, and he was purposefully conversation on his end sale prices.

This cautions approach, and an improving local market, were his saviour when a hiccup happened.

A sewer line ran along the southern boundary of the new vacant site. Russell and his family knew a house could be designed for the site that would avoid the line, but potential buyers were harder to convince.

As a result, the selling period blew out. It eventually went under contract for $332,500, but once the investigations were under way, the buyer came back and hit Russell up for a discount.

Unfortunately the utilities provider then told the buyer that an independent contractor was forbidden from touching the sewer pipe, so they’d move it – at a cost of $20,000.

Russell says they still came out ahead because he applies a simple rule when assessing risk and profit –  run your numbers as at the current market and don’t expect capital growth to occur during the project horizon.

If it does, great, but don’t rely on it.

He says when markets are slowing down, still work on current figures, but buffer in some more profit to make it worth your while, otherwise there could be some future pain.

“In this instance, the market was good, so our figures came up, the sale prices ended up being higher than what we had anticipated originally.”

Russell says small developers who are just starting out can be too eager to get into a project, and are in jeopardy of taking on a project when the realistic analysis says don’t. Unfortunately for most, experience ends up being a tough teacher.

“Know every nuance, try and account for every detail, understand your market and, above all, know how to walk away when something isn’t stacking up.”

This article first appeared in Australian Property Investor Magazine – Australia’s #1 Magazine for property investors and is republished with their permission.