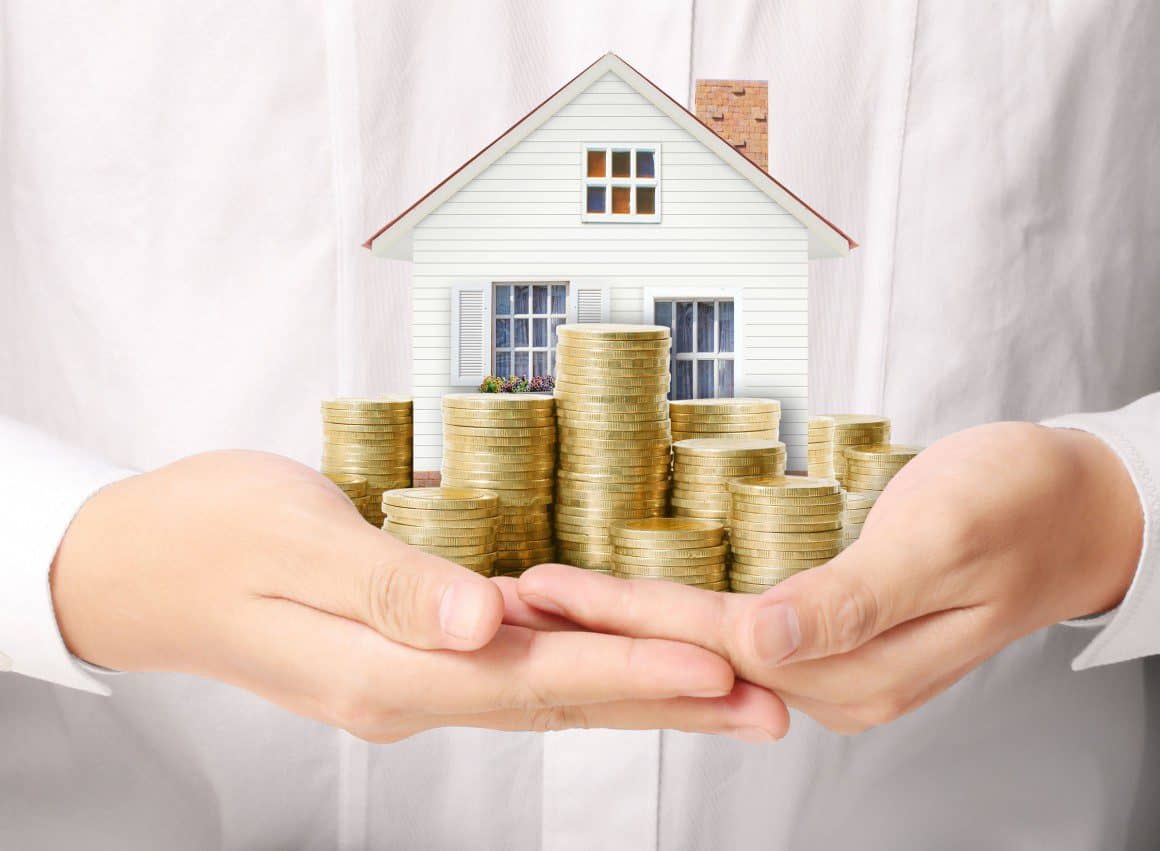 9 Impacts of APRA tightening the screws on property investors.

Every man and his dog has written about this already, with a few excellent insights and some interpretations that were just plain weird - so let's keep this post as short as possible, shall we?

APRA wants lenders to place strict internal limits on the volume of interest-only lending at loan-to-value ratios (LVRs) above 80 per cent, so firstly some lenders will immediately require a 20 per cent deposit for this type of loan. A shift in this direction has already taken place to some extent, so the impact of this may be marginal.

Lenders must now also ensure there is "strong scrutiny and justification of any instances of interest-only lending at an LVR above 90 per cent", so interest-only loans with a deposit of less than 10 per cent will generally go the way of the dodo and the lo-doc loan.

Again, this has by and large already happened, but will have the ongoing effect of knocking a few more first-time buyers out of the market, while having no impact on incumbent owners with existing equity. 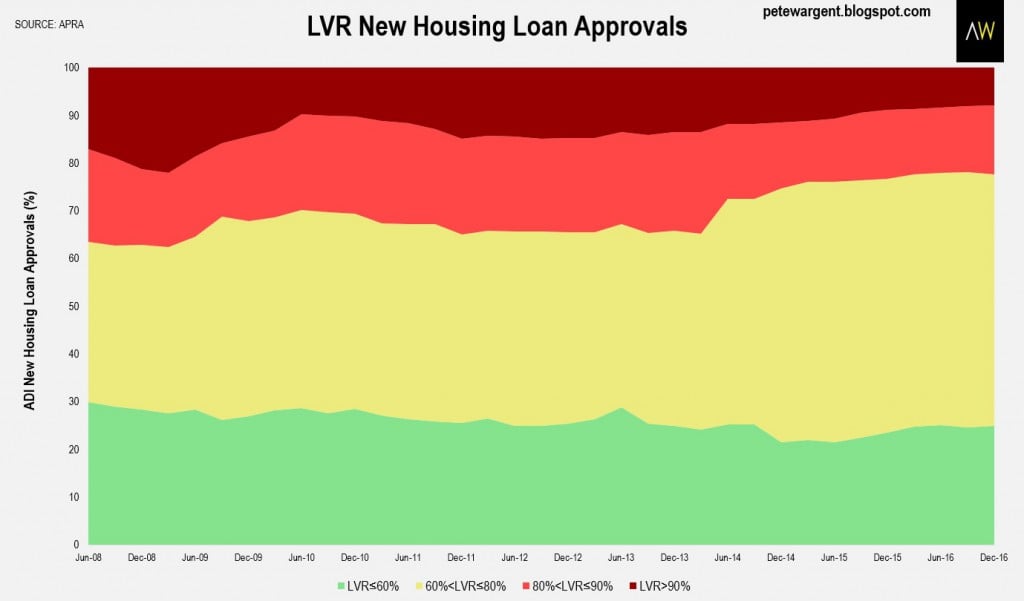 The existing 10 per cent cap on growth for investment mortgage books will remain in place.

I've spoken to branch managers and bank owners, and their view is generally that this won't have too much impact since new loans can always be pushed back a month.

But a third impact may be that some lenders have to wind their necks in just a little bit further. 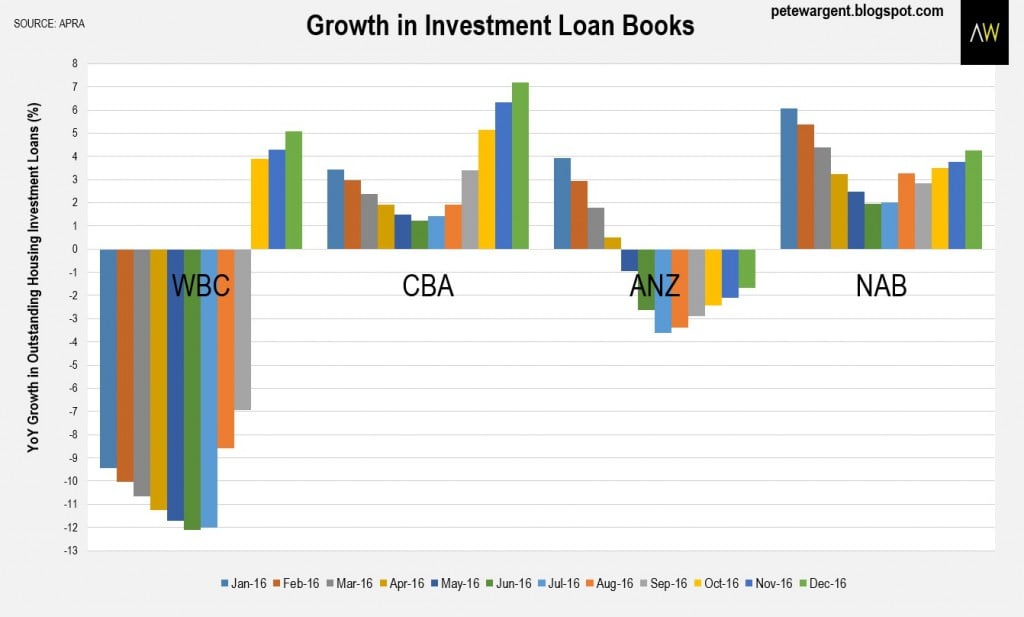 Fourthly, there will likely be a shift in the investor loan segment of the market towards private financiers or non-bank lenders, perhaps some of whom may offer commercial-style rates.

Fifthly, banks have been presented with an open goal here for raising the rates on their investor loans, so rates will inevitably be ratcheted higher in due course.

Between July 2015 and February 2017 some $50 billion of loans were switched from investor to owner-occupier mortgages following the introduction of an interest rate differential between the two types of loan. A sixth impact will therefore be yet further switching of loan purpose. 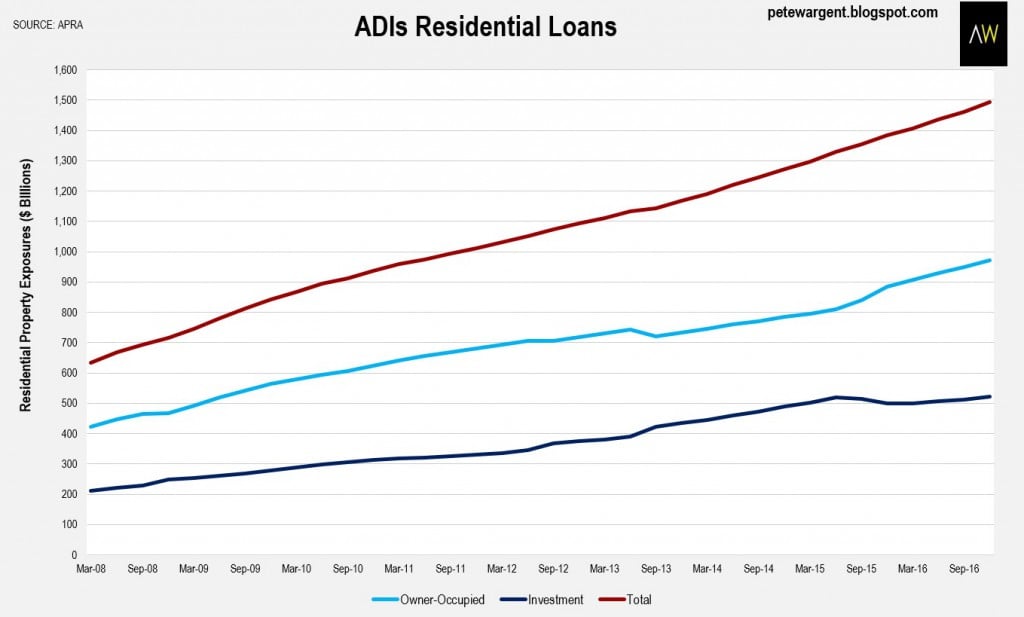 So far, so unremarkable.

By far the most important impact will be a new 'speed limit' on interest-only loans in Australia, with APRA now aiming to limit the flow of new interest-only lending to 30 per cent of total new residential mortgage lending.

At the heady peak more than 45 per cent of new loans were interest-only in nature, with investors in particular favouring this type of product in order to maximise their tax deductible expenses.

A seventh impact will be that new owner-occupiers wanting to use this type of product in future may be given their marching orders, and possibly some aged borrowers too. 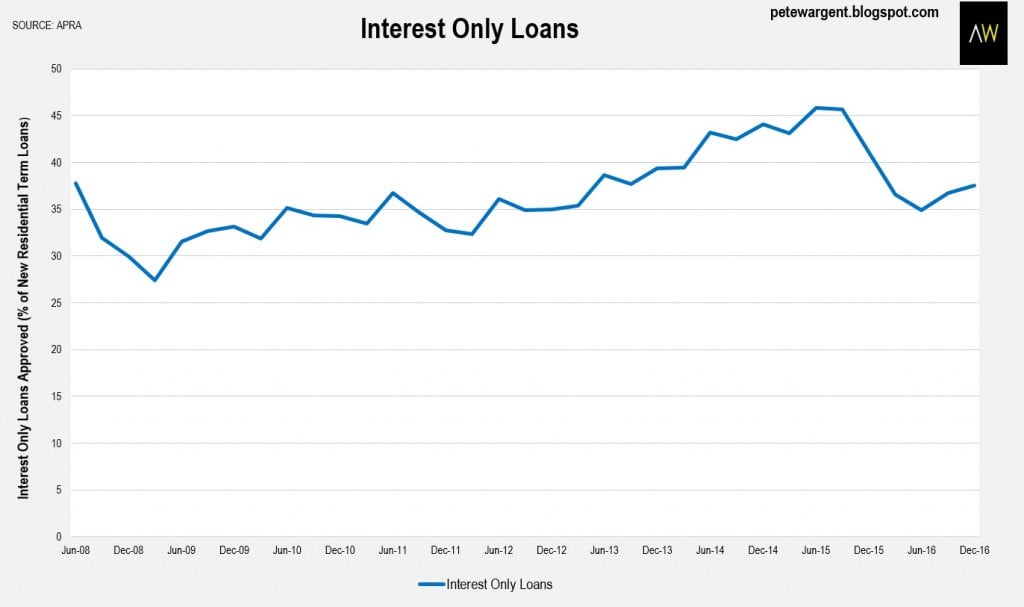 Eighthly, if that is even a real word, two of Australia's major banks have been rolling over interest-only loans more or less automatically at the end of the interest-only period, and these lenders will almost certainly now require a far more stringent assessment.

Of course, few borrowers will default on a loan when they've seen the value of their Sydney property double over the preceding five years, though they might choose to sell off their investment if the repayments become too arduous.

The impact in markets where dwelling prices have declined might prove to be an altogether more dramatic story.

The ninth impact - perhaps an over-arching point really - is that far too many investors have simply assumed they will continue rolling interest-only debt ad infinitum, and they may now have to get it into their heads that they will be paying back principal sooner or later.

Seemingly every other week an article surfaces featuring 'young gun investors' with a dozen interest-only loans having been used to buy high-yielding properties in far-flung areas.

Credit markets tend to move in cycles, so APRA's changes may or may not be permanent, but in the prevailing market conditions some borrowers could get caught short if they've simply planned to continue rolling interest-only debt on an endless loop.

Oh, and there may be further macroprudential measures to come!

Jim. Of course what you say makes sense to you and me - but maybe not to the politicians and administrators

I find it difficult to ubnderstand why, given that much of the concern with rapid price growth relates to Sydney and Melbourne specifically, both APRA and the banks do not apply more stringent lending requiremnts to these two markets and leave the re ...Read full version