Since you’re reading my blog, it’s pretty safe to assume you’ve got an interest in real estate or property investing.

According to CoreLogic there are approximately 9,000,000 dwellings in Australia with a total value of around $6.2 trillion.

And residential real estate accounts for more than half of all household wealth.

2. Most of us are home owners

The 2011 Census found that 67 %of households own their own home or are purchasing it through a mortgage – most of the rest are renters.

And despite claims of unaffordability, the proportion of home ownership has been fairly stable for more than fifty years, after rising from 53 per cent in 1947 to 63% per cent in 1954 and hitting 70% in 1961. 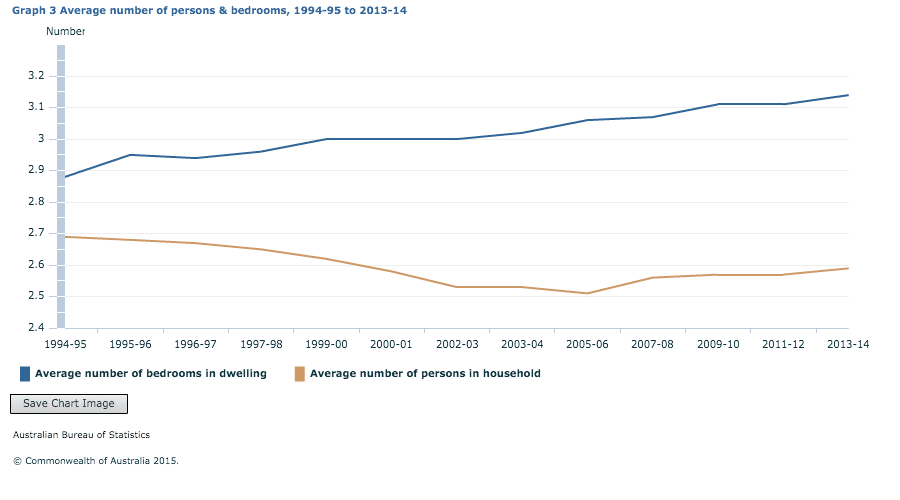 3. Not surprisingly the level of home ownership increases with age: 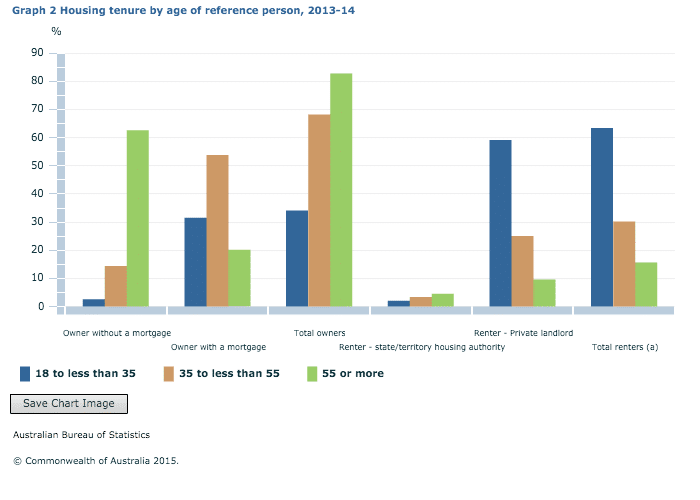 4. Our homes are getting bigger 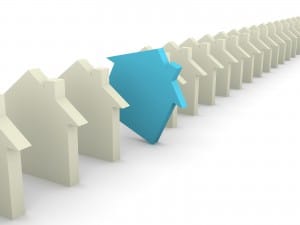 The Great Australian Dream of huge houses with extra bedrooms, a study, media or family room may be coming to an end, but our homes are still the biggest in the world.

However, with the proportion of new apartments and townhouses being built relative to new detached houses increasing, the size of the average Australian dwelling is likely to decrease.

Most houses have a spare room or two – in 1976 there were 3.1 people per household in Australia, that has since fallen to around 2.6.

In the same period, the proportion of dwellings with four or more bedrooms has risen from 17% to 31% and the average number of bedrooms per dwelling has increased from 2.8 to 3.1.

5. Our homes are getting more expensive

Over the last 10 years home prices around Australia rose by an average of 5.7% – hardly property bubble material as some doomsayers are suggesting.

As you can see from the following CoreLogic graphics, the Melbourne and Sydney property markets were the star performers over the last year.

6. Our house price growth is tame compared to some overseas markets 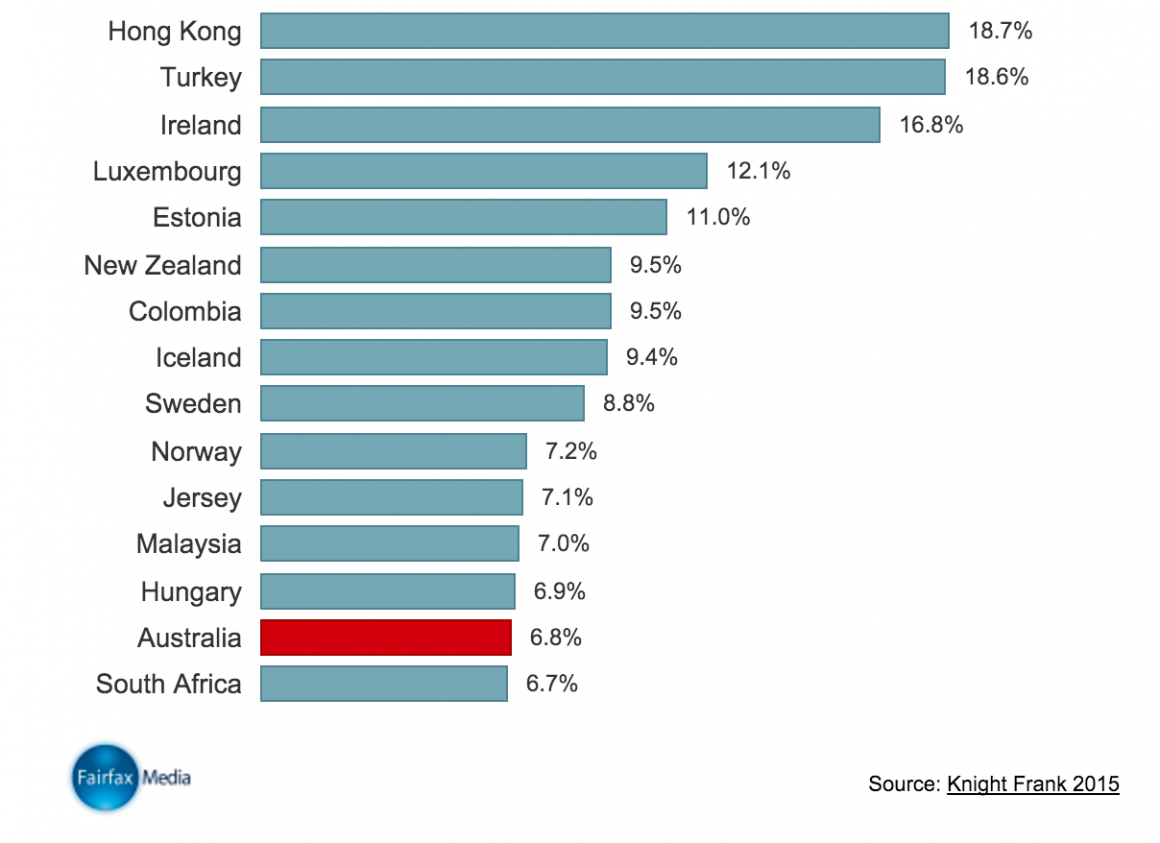 Housing affordability remains an issue for policy makers and those trying to enter the market.

Of course it depends who you ask –those who own properties, especially in Sydney and Melbourne are enjoying increased wealth as the value of their homes increase.

And it depends how you measure it. 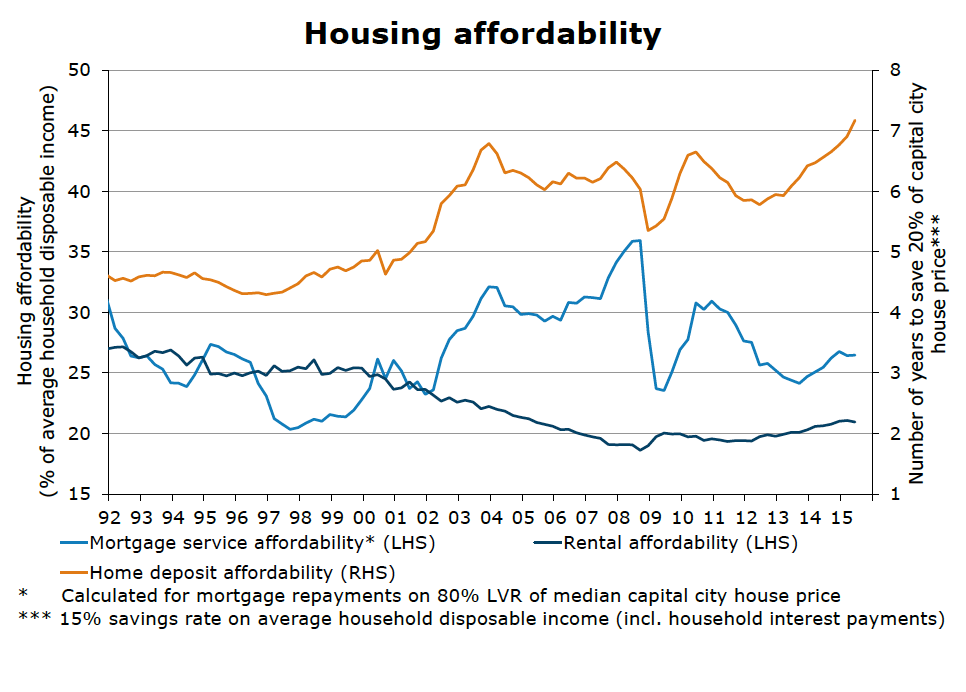 One way to assess house prices over time is to compare them to income.

That works out as a price-to-income ratio of close to three, or in other words in 1981-82 it took a little over three years’ take-home pay to buy a house.

Nationally that ratio has now passed six, or more than twice as much, and in places like Sydney it went above nine during the property boom of the early 2000s.

However what is not taken into account when looking at it this way is that the cost of housing – in other words interest rates – have fallen considerably and the cost of owning a house as a proportion of disposable income hasn’t risen substantially over time – see graph 2 below.

8. Renters Are Worse off

Interestingly the Australian Bureau of Statistics found that, over the last 20 years, the cost of renting has increased more than the cost of owning a home.

The graph below shows that between 1994–95 and 2013–14, private renters experienced a 62% (or $144) increase in average weekly housing costs, after adjustment for inflation.

While in dollar terms people with mortgages spend the most per week on housing at around $408, which represents only 18 per cent of their income.

Renters spend an average of $275 but that’s a higher proportion of their income at 20 per cent. 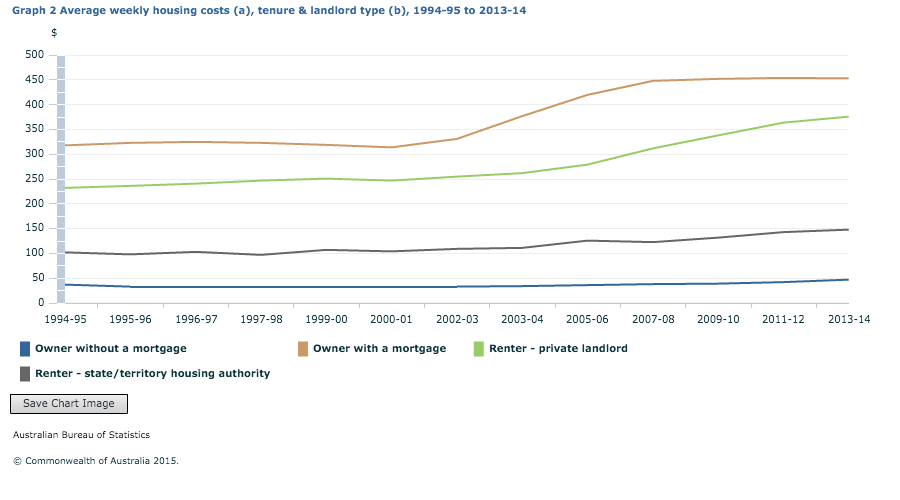 According to Homelessness Australia there are currently 105,237 people in Australia who are homeless.

Sixty per cent of homeless people are aged under 35, and one quarter are Indigenous Australians. 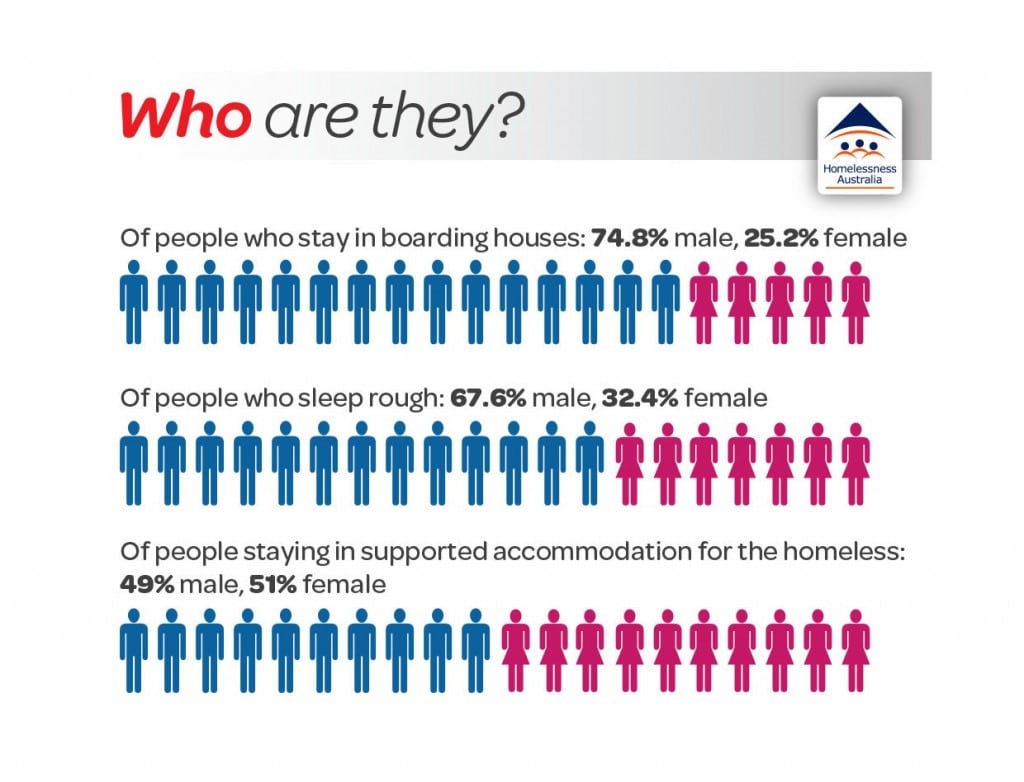 So there you have it – 9 interesting facts about our housing markets.

Now you have the information, use it

We’ll help you cut through the clutter of mixed property messages.

Remember the multi-award winning team of property investment strategists at Metropole have no properties on the market to sell, so their advice is unbiased.