According to the talking heads, everything is alright.

But very few people I speak to give two hoots about gross domestic product, our trade balance or other economic statistical babble.

It comes down to how much they earn and how much work they can get.

Take a gander at the following two charts. 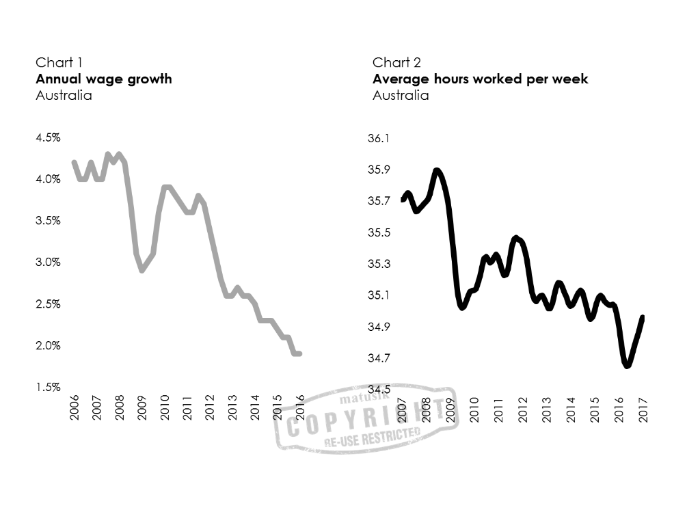 Pity only the wicked Right wants to talk about such things, and in a language and tone that resonates with most.

So does what you’re building, or looking to buy, suit this new paradigm?

Or do you - like so many of those jabbering about things economic - think this is just a minor hiccup that will soon pass?

Thanks Glen As you can see our website did accomodate your lengthy comment. I appreciate the time you took and the thoughts behind it.

I have so many thoughts on this that they may not all fit in one comment! If I leave multiple comments that is why. In varying degrees of relevance/importance: 1. My studies included both statistics and psychology, and my first comment is that the ...Read full version