What will we be reading about this year?

What mega trends will dominate discussion?

What markets are going to shine, and which ones will wane?

Everyone has their own ideas on a topic like this, and below are some of my suggestions.

Because I think the penny will start to drop that the CBDs and inner cities are not the be all and end all of what it means to be ‘urban.’

The suburban and even peri-urban economies of some large urban areas have been growing stronger than their inner cities, and the ‘burbs’ are also where most of us continue to choose to live and raise families. 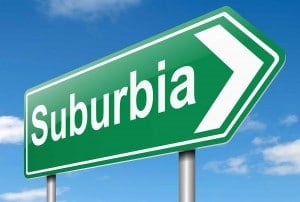 I know this runs counter to trendy policy debate which would have us believe that everyone wants to live as close to the CBD as they can, because (supposedly) this is where all the jobs are.

But the facts say otherwise (though few bother with the facts these days).

Later this year, the MIT Center for Advanced Urbanism is running a conference on the theme ‘The Future of Suburbia’ and they have launched a multi-year project ‘Infinite Suburbia’ which will examine aspects of suburban improvement.

I’ll be relaying as much of that thought leadership work, plus ideas from other sources, as I can.

There is going to be oversupply in some key markets and it but will increasingly emerge that the flood of one and two bedroom stock is not what was wanted by residents, but rather what was saleable to investors (and their advisors).

Rising vacancies and falling values are going to be inevitable as supply and demand rebalance over time.

The boosters who claimed that ‘Australians have abandoned the dream’ of a detached suburban home in favour of an inner city micro apartment will no doubt contort themselves with retrospective explanations for settlement failures and rising vacancies – neither of which would happen if the product was supposedly so much in demand in the first place.

This at least will prove entertaining.

The Sydney market is going to cool.

It has to: sustaining the sort of irrational exuberance we’ve seen in recent years over the long term just doesn’t happen without a hangover to follow.

Demographia’s annual survey of world housing markets puts Sydney at the global pointy end of plain nasty when it comes to affordability, at 12.2 times incomes.

Only Hong Kong is worse.

Pundits who are predicting that as Sydney cools, property appetites will shift to markets that haven’t tested the limits of sanity – like Brisbane – may be disappointed.

Queensland’s economy is drifting along in the doldrums, ranked by Commsec as only marginally better than South Australia or Tasmania.

Without a strong economy, the property sun will struggle to shine brightly, with some regional exceptions.

As always, the media obsession with housing will mean we’ll continue to read a lot on this subject. Much of it rubbish.

India and talk about India I am guessing will increase this year as markets look for ‘the next big thing.’

Their GDP per capita has a long way to go – it is currently only around US$1,500.

So maybe the only way is up?

They have a western democratic system (much of it, like ours, dysfunctional) and a Prime Minister in Narendra Modi who by all accounts is a good leader and keen to see the economy grow.

Which should mean they will need the things Australia is good at – low value add resources which are just waiting to be dug up and sold to someone who knows how to add value.

Expect to read more of what India means to Australia in coming years.

We’ve become obsessed with China and that’s unlikely to change much.

Reports of ‘China’s slowing economy’ are misleading but that never stopped our media, or dimwit analysts in search of a headline.

China’s economic rate of growth has slowed to a reported 6.9%. But this is still growth. It is not a slowing.

It may be the slowest rate of growth in 25 years but it is still growth.

The global growth forecast, by way of comparison, is just 3.4%. The USA – the world’s largest economy – is forecast to grow at 2.7% and Australia by only around 2%.

China’s growth forecast for the year ahead is 6.3%.

I’m sure if Australia was growing by even 5% we’d be very happy little Vegemites with roses on our cheeks, but it seems we are paralysed by talk of China’s rate of growth slowing to over 6%.

That’s like telling someone doing 100 kph they’re going too slow when you’re only doing 50kph yourself. Logical? No.

So whatever happened to all that ‘peak oil’ talk and where are those forecasters now?

It’s hard to see things staying this way, despite what the hopeful and the faithful believe might happen with renewables.

Oil is used in everything, from fertilizer, to plastics, to energy.

Plus it’s an unbeatably efficient form of energy and the world seems to have plenty of it, and the ability to find more once the price gets to around $60 a barrel.

I’m no expert on commodities but the price of something so essential to our economy is going to have to figure prominently in the news media as the year unfolds, surely?

In Australia, we are still to confront the realities of how our ageing population is going to impact on us all.

More retirees – the majority on limited incomes or who are pension reliant – being supported by relatively fewer taxpayers, is not a good formula but it’s what we are faced with. 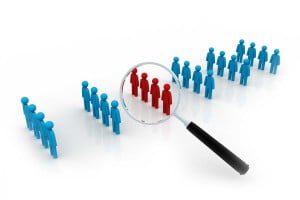 Plenty of businesses will find opportunity servicing the upper income end of the retiree and aged care cohort but few are talking solutions for the majority on lower incomes for whom commercial solutions are simply unaffordable.

There will have to be significant changes to retirement policy and tax treatment of the family home for pensioners will probably become part of that.

Expect this debate to become increasingly prominent as taxpayers resist tax increases to pay for pensioners and pensioners vehemently resist any dilution of their benefits.

Angela Merkel looked at Germany’s shrinking workforce and population predictions and opened the door to arrivals on an unprecedented scale.

Was she hoping to plug a workforce gap?

Will Australia likewise look to importing a solution to its need for more working age taxpayers (and maybe in the hope that some rapid fire population growth will stimulate the economy) by increasing immigration intake?

The ‘big Australia’ debate never really went away and perhaps it will make itself felt again this year.

Given our strong views both ways, and the racial nerve that often flares, this is a topic that will at least bubble away, occasionally surfacing in a blaze of heated opinion.