What do banks look for when they request a valuation?

In a recent Real Estate Talk show Jonathan Millar from JDMA Valuers, mentioned that there are eight risk factors included in valuations to help banks understand their risks, so in this week’s show I asked Jonathan to explain these.

Jonathan:  There are eight risk ratings that banks use to make their lending decision, and basically, they’re rate on a scale between one to five. 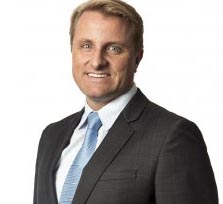 One is equal to a low risk rating and obviously five is equivalent to a high risk rating.

The first risk rating that they want you to comment on as a valuer is referenced through to location or neighborhood.

That just means: is it a sought-after area, is it a well-known suburb, or is it a suburb that’s a big distance from schooling and other amenities and therefore, it might be high risk rating?

We all know there are some areas that tend to be preferred more than others and some become, obviously, a lot more marketable and possibly even easier to sell a house there.

The next one is relative to land.

That would include the zoning, the title and the access.

Obviously, with regards to zoning, a residential house can sometimes (once in a blue moon) be on a property that has an industrial zoning.

Obviously, that may become less desirable because you might be near industrial property.

If it’s very narrow or, for some reason, it’s off a busy road, then obviously your risk rating can be a little bit higher.

The next risk factor is related to environmental issues.

Obviously, that would be quite well known if a property was flood prone or had a high risk of flood –  it may have a high risk rating, especially if the property has had some damage from flooding.

Bush fire risk is the other important one.

Being near power lines is another.

Sometimes that is a slight concern for some but that one’s a bit debatable. 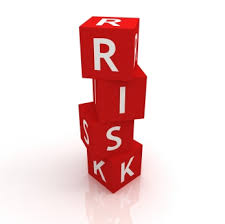 With regards to improvements, obviously, if it’s a brand new house and all the landscaping and secondary improvements have been completed – such as the driveway, pool, etc – the risk rating might be a one.

If the house has just been well maintained and is a few years old, possibly a two.

But if it’s part renovated and the kitchen or bathroom is missing, then obviously that house is much less marketable if the bank had to sell it within a few months’ time.

Therefore, that risk rating would be a three or a four.

Really, you’re just drawing the attention of that fact to the bank by that high risk rating.

The fifth one, regarding recent market direction is a little bit tricky.

The banks sometimes ask the valuer to look into what’s happening in the market into the near future.

At the moment, there are a lot of areas where the market is quite positive and therefore properties are moving in more of a positive direction than say in a declining market, so the ratings would be a lot lower. 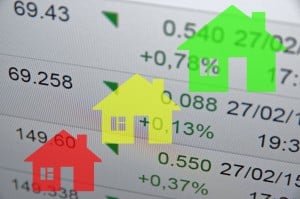 This is relative to has the market got a high likelihood of volatility.

Your inner city unit market  might have a higher or above average risk rating, because if your unit has to be sold when, say, market conditions change and there might be a lot of units available for sale you might not get a top price for your property.

This is really more relevant in areas such as mining towns where there might be a change in the likelihood of work at the mines, and it’s going to be a much higher risk and obviously properties become harder to sell.

Lastly is the condition of the market segment condition.

Say you might have a unique, very large house on a large property within the inner Brisbane area.

It might take a bit longer to sell, and unless the market is really flying, it just might be a bit of a tougher one for the bank to sell (if it had to) within a reasonable time-frame.

They just like to know, for each different segment, what’s the likelihood of a reasonable selling period, which might be six weeks or if for some reason that property is quite unique, that it would need to extend beyond that, and obviously that, therefore, starts to impact on the decision-making of the bank in their lending process.

Kevin: A lot of those issues could be fairly subjective from the valuer’s point of view and this would, I imagine, therefore heavily influence the bank’s lending decisions.

Jonathan:  Yes, certainly, and it might be that the credit risk area decides to lend out 75% instead of 80% just to insure it from their side.

Yes it is subjective.

The process is really to highlight a significant risk to the bank, and if it’s just a moderate risk then it’s only a one or two risk rating and obviously, quite a few of those in a report is not going to be a big concern to the bank and there should be no issues in the lending process.

Kevin:  Thanks for your time, Jonathan.

'8 Risk Factors Looked At In A Valuation' have no comments