They say the only things that are certain in life are death and taxes.

However, I would argue that a few other things in today’s world are also pretty much guaranteed.

For instance, have you ever noticed that whenever there is some notable variation in our property markets – be it a cyclical up, down or sideways shift in real estate values – you can rest assured people will start debating the perennial issue of ‘housing affordability’?

Recent market conditions are providing fantastic fodder for the affordability prophets of doom.

But how much science is there to the numerous factors and fundamentals all the experts consistently blame for Australia’s so-called ‘affordability crisis’?

And how much is just hot air? A  report from the Centre for Independent Studies (CIS), Eight Housing Affordability Myths looks to debunk many of the arguments often cited as catalysts for the alleged escalating property war between different purchaser groups.

Essentially, the report seeks to demonstrate the flaws in key claims around what have traditionally been recognised as major drivers of long-term property price growth here in Australia, suggesting that the primary issue is an ongoing supply and demand imbalance. 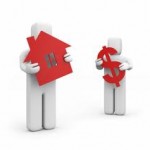 However, the buyer of the median house is not necessarily a median income earner.

The distribution of house prices and household incomes can shift for reasons unrelated to changes in housing affordability.

These measures often fail to take account of changes in the size of houses or households. They do not consider rents, which are an important determinant of housing affordability for non-owner-occupiers.

The other Myths debunked in the report are:

Myth 3 – The supply of land is fixed

Myth 5 – Australians invest too much in housing

The report points out that the majority of discussion around housing affordability is typically conducted in zero-sum terms.

In other words, under the assumption that there is a level of fixed housing stock, which can be divided among all the competing interests of the day.

“In principle, the housing market should be able to accommodate increasing demand without upward pressure on prices.”

However, he concludes that the housing supply pipeline has been shrouded in such excessive regulatory red tape and taxed to such a degree, that it just cannot keep pace with consumer demand.

As with everything, when lots of people want the same thing and there’s just not enough of it to go around, its value increases at a rate that is generally indicative of how far the supply and demand imbalance swings at any given time.

Cutting through the noise

Rather than suggesting consistently rising house prices are a non-issue for some Aussie homebuyers, Kirchner says the purpose of the report is to move beyond the many barriers to quality debate around housing affordability.

“Each of the housing affordability myths reviewed and debunked here serves to distract public policy from an increased focus on improving housing supply,” he says.

“Many of the policies pursued by Australian governments in the name of housing affordability, such as first home buyer grants and concessions, increase demand for housing, while failing to tackle regulatory and cost barriers to housing supply.”

Dr Kirchner says housing affordability is a relative, rather than absolute concept and adds that it’s meaningless to suggest house prices are driven by ‘speculation’.

“Few people buy or invest in housing with the expectation of making a capital loss. In that sense, every decision to buy (or not to buy) property is speculative,” he asserts.

The report paints a somewhat damning picture of how various levels of government have mis-managed the ebb and flow of housing supply and demand, creating the uneven playing field we find ourselves on today.

Worse yet, it suggests numerous smokescreens (in the form of market fundamentals) have been adopted along the way to distract us from the real underlying issue, which is essentially a case of not enough housing to go around.

The CIS study revealed that the supply of new land has declined by an average 21 per cent across our five largest capital cities over the last decade. In turn, this has seen prices rise by 148 per cent to an astronomical $504 per square metre.

“The belief that housing markets are driven by ‘speculation’ misunderstands the role of speculation in an economy and encourages the pursuit of demand-suppression and diversion policies on the basis that prices are disconnected from fundamentals,” says Kirchner.

The report also points to a steadily declining rate of home ownership in Australia, which dropped from 71 per cent to 67 per cent between 1995 and 2012.

What does it mean for investors?

Well, until all tiers of government responsible for future planning policy make new supply a more attainable reality and stop adding to demand pressures with reactionary policy making, property investors will do well to evaluate a potential investment location according to how little is left, and how badly buyers want a piece of the action. 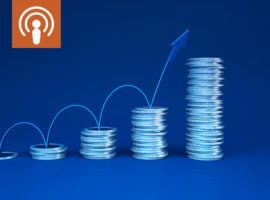