Figures released by SQM Research reveal residential asking property prices grew in most Australian cities over the year to November, with Melbourne and Hobart leading the price gains, though property in Sydney still commands the highest price.

Over the month, median asking prices jumped 3.7% in Canberra to $660,600, though unit prices are edging lower. 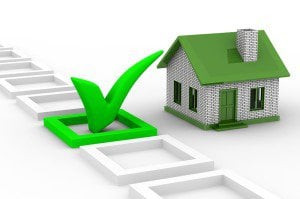 Meanwhile, the number of Australian residential property sale listings rose in most capital cities during November 2016.

The number of national residential property listings rose 2.2% over the month to 347,362 new listings, though they are down 4.2% from a year earlier.

Sydney property listings rose 2.9% in November, though they are 3.8% lower than a year ago.

In Melbourne, listings increased 3.0% over the month to a healthy 36,868, while in Hobart they jumped 7.0%, as some home owners try take profits on strong price gains. 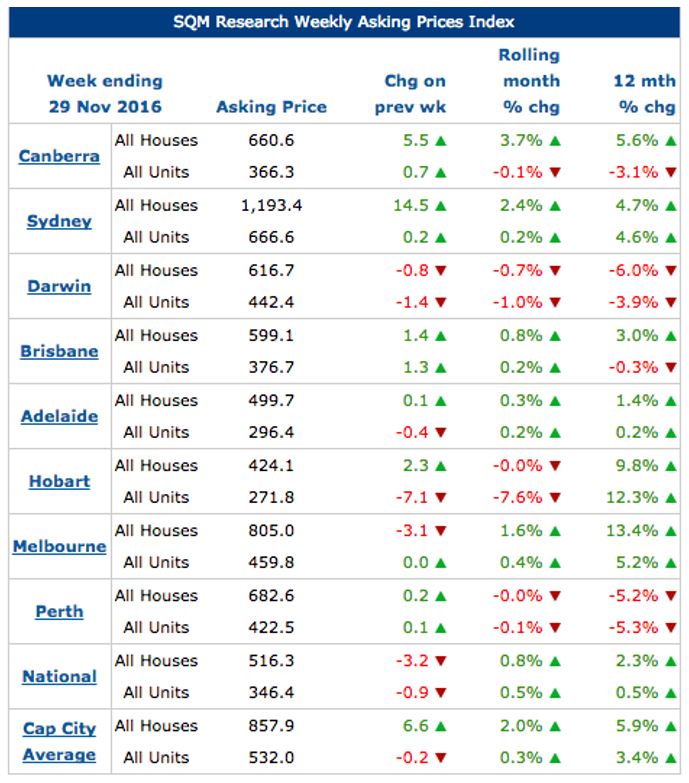 Notably, asking prices for Brisbane units have edged lower over the year and downward pressure could remain on asking prices with emerging signs of oversupply in the city.

That weakness could extend to Sydney and Melbourne with some oversupply also predicted in 2017 and 2018 there due to high levels of unit construction, particularly in inner-city areas.

Elsewhere, Adelaide recorded a monthly rise of 3.5% in listings, though they are down 6.2% from a year ago.

Monthly listings jumped in Canberra by 5.9% over the month, though are down 2.5% over the year.

In Darwin and Perth listings have posted modest growth over 12 months, while in Brisbane too they are also up by a healthy 7.2% over the year, though down 2.3% over the month.

'Property Listings Rise' have no comments