I know it’s happening on the other side of the world, but if you’re like me your following the American election campaign.

Of course it will have consequences here, but I find the spectacle fascinating.

Find the best candidate for the job, elect them to office: that is how democracy should work.

But apparently that’s not what this election feels like to most Americans. 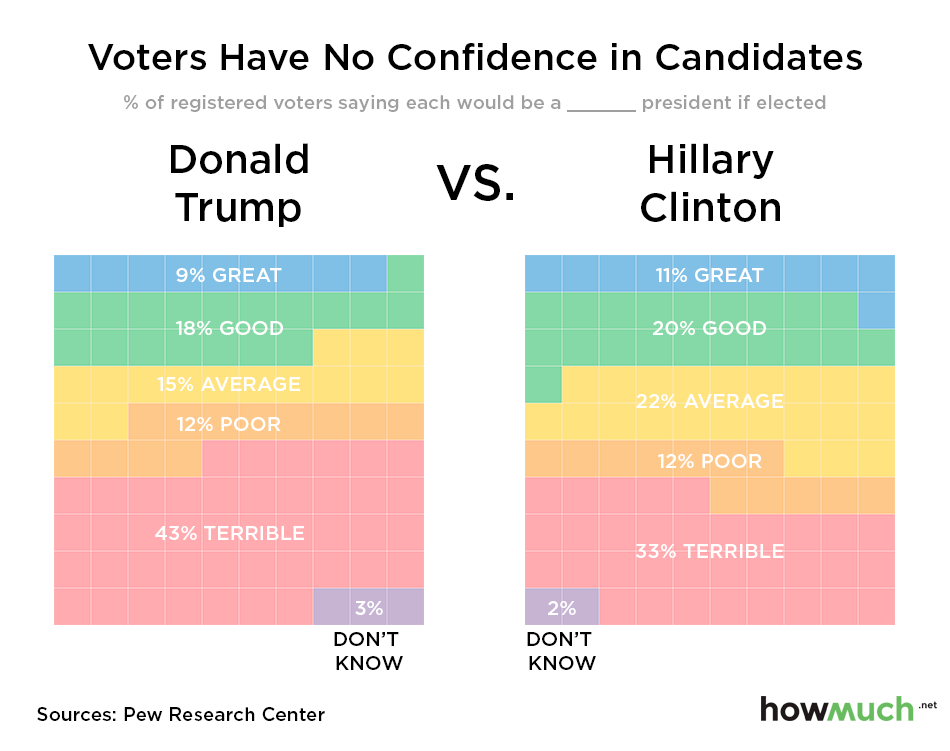 As this graph above shows, only about 1 in 10 think either Donald Trump or Hillary Clinton would make a “great” president.

That low confidence also extends to the other extreme of the expectations scale: no less than one in three Americans fear the next president will be “terrible” – whichever candidate wins.

The figures come from a Pew Research Center survey of registered voters. 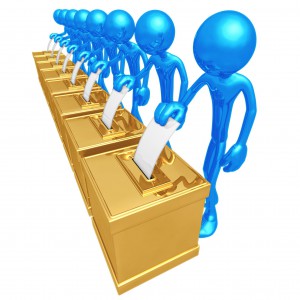 The national survey shows the Trump and Clinton camps starkly divided over what the nation’s problems are, and how to fix them.

But when it comes to the two main party’s candidates themselves, the views of America’s electorate seem remarkably well aligned.

As few as 9% of registered voters think Donald Trump would make a “great” president; only 2% more think Hillary Clinton would do the same.

If you can’t be great, at least be good – but just 18% think Trump could manage a B-grade performance in the Oval Office.

Here again, Clinton has a 2% lead, giving her just 20% of registered voters convinced she could be a “good” president.

In one category, Clinton and Trump poll exactly the same numbers: 12% of registered voters surveyed think either candidate would make a “poor” president.

But Clinton is clearly in the lead in the two remaining categories.

And that is good news for her. At least, if you consider “average” a positive thing: here, Clinton’s 22% is seven points ahead of Trump’s 15%.

However, if this chart is any indication of voting intentions, the last category might be the decisive one.

At the top of the chart, Trump’s low positives lag only slightly behind Clinton’s.

But his high negatives in the bottom category of the chart are a lot worse than hers.

While 33% think Hillary Clinton would be “terrible” as president, no less than 43% think the same about Donald Trump.

At 10%, that gap is wider than in any of the other categories.

In the topsy-turvy land of negative expectations, Trump’s double-digit lead over Clinton in the terrible department could spell his doom and might mean her salvation.

At least, if voters, resigned to the fact that a “great” president is unavailable, are willing to settle for the “least terrible” candidate instead.

If they decide to go for “least average”, Trump still has more than a fighting chance.

Read more: Will the “Least Terrible” Candidate Win the Elections? via Howmuch.net

'Only about 1 in 10 think Donald Trump or Hillary Clinton would make a “great” president.' have no comments