Once upon a time we could actually function without a smartphone.

Somehow we managed to travel, stay safe, leave work, make social plans and generally stop our lives from spiralling out of control without one. 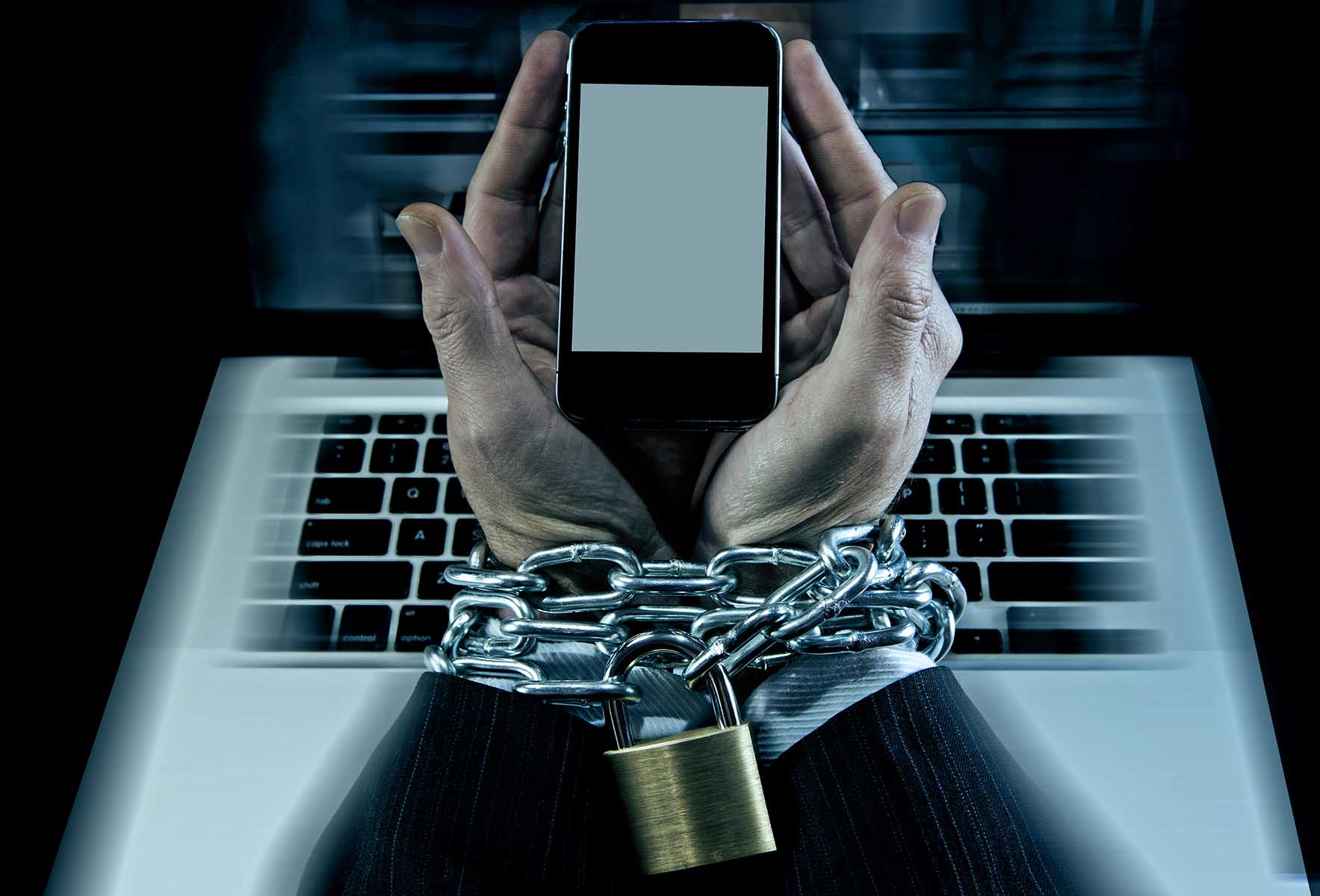 45% of Australian smartphone owners (14+) say they can’t live without their mobiles, Roy Morgan Research data for the 12 months to March 2016 shows.

Sure, smartphones are useful for a range of things – but a majority of smartphone owners agree they need it to help them juggle work and personal life (63%), for their personal security (59%), or to help them co-ordinate their social lives (54%).

Although not quite a majority viewpoint, 44% of smartphone owners need the device when travelling overseas, and 41% need to be contactable at all time for work.

Over a third of smartphone owners (36%) agree they need it to give them more control over their lives.

Why smartphone owners need them 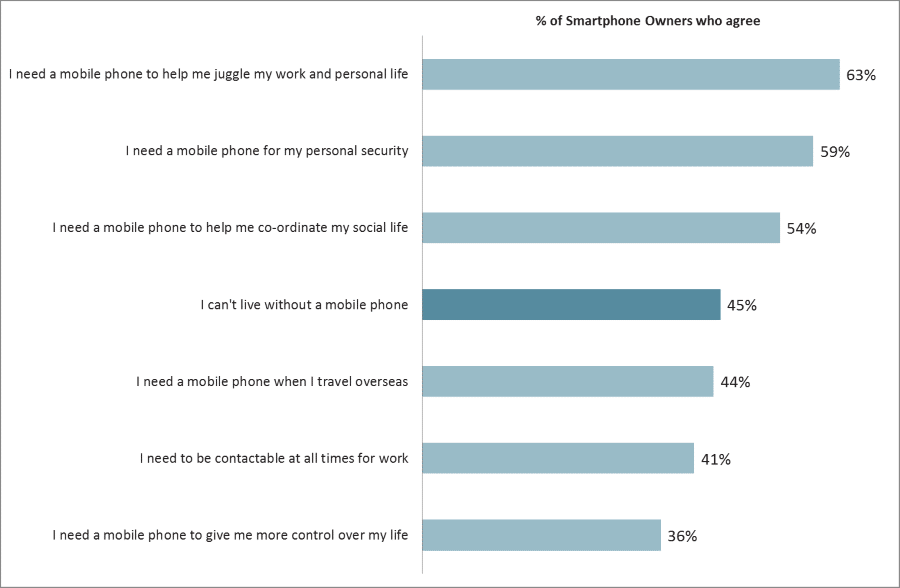 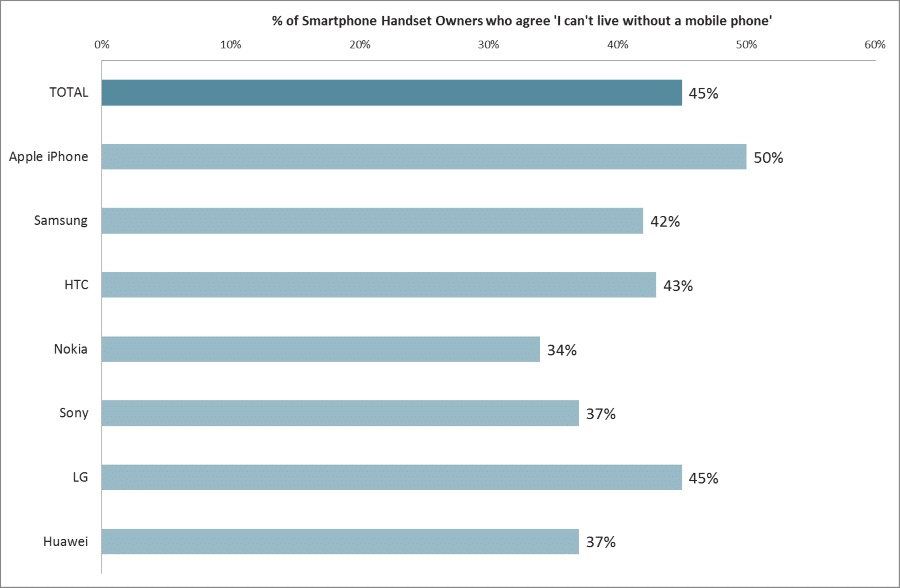 “Even the earliest smartphone adopters were quick to forget how they ever survived without one. The proportion of owners agreeing they ‘can’t live without it’ has been fairly steady at just under half for the past five years—a rate around three times higher than among ‘dumb phone’ owners asked the same question.

“As smartphone ownership has rapidly increased, so too has the number of us who feel dependent on a mobile phone. Today there are almost seven million Australians carrying around a smartphone they say they couldn’t live without.

“Smartphones are so firmly mainstream that even 60% of Technophobes from our Technology Adoption Segments now own one. This means, of course, that handset makers have a much wider range of consumer segments to target, and more opportunities to find, define and own a position in the market.

“For example, Huawei smartphone owners are among the least likely to say they can’t live without it or need it. They are less likely to use many of the different smartphone services we monitor including taking photos, playing music and games, streaming videos, using GPS and Bluetooth functions, and downloading and using different apps. They are the most likely handset owners to be using a pre-paid service (around twice as likely as average), they have lower data allowances, and are less label-conscious or trusting of well-known brands.

“This is a segment of Older Tech Explorers and Technology Traditionalists who may not be top-of-mind for other handset makers but are customers nonetheless – and a third of the population.”