As widely anticipated the RBA met today and kept interest rates on hold for another month.

This decision comes as no surprise as economic data released last month continues to help paint a picture of relative stability for the Australian economy.

Should the Australian dollar remain elevated for the next few months and subject to employment and inflation data released later in April, the RBA may well be considering cutting the official cash rate in May by 0.25% and again in August to assist a lower currency and realign Australia’s competitiveness.

With annual growth in Australia’s capital city dwelling values falling to the slowest pace in 31 months by the end of March 2016, the RBA is likely to be focussing on other aspects of the economic landscape in their interest rate deliberations. 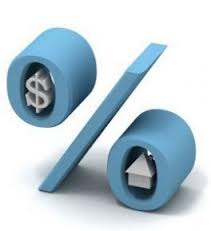 With some of the heat coming out of the housing market and inflation remaining low, the Reserve Bank has room to cut the cash rate later this year if they see a requirement to do so.

If we do see a lower cash rate later this year, chances are we won’t see the full rate cut passed on to mortgage rates due to the higher funding costs facing Australian lenders.

Arguably, a cash rate cut wouldn’t have the same stimulatory effect on the housing market as what we saw from previous rate cuts in February and May last year.