While I love my coffee the news from researchers has been a bit wishy-washy when it comes to deciding whether it’s really good or bad for you.

Either way I enjoy what my Nespresso machine (at home and at work) produces and I really enjoyed the fancy Starbucks coffees I had when I was recently in Singapore.

In fact I’ve written about the 9 surprising benefits of drinking coffee.

Well according to Inc , now there’s more good news for  fellow coffee fans, and it comes from no less than the Dietary Guidelines Advisory Committee, a nonpartisan panel of academics and scientists whose job it is to advise U.S. government agencies including the Food and Drug Administration (FDA) and the Department of Agriculture.

Coffee is indeed good for you, and in fact most of us don’t drink enough coffee each day.

According to the committee, most people should be drinking between 3 and 5 cups of coffee a day to get its full benefits.

However, most Americans drink an average of only about 1.7 cups of coffee each day.

Even the Dutch–who drink more coffee on average than anyone else in the world–drink an average of only 2.5 cups of coffee a day.

According to the committee, drinking 3 to 5 cups of coffee a day…

1. Does not have long-term health risks 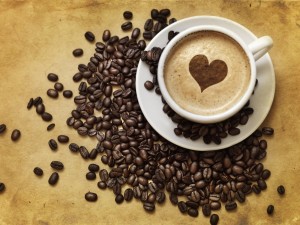 In fact, those who say that coffee has long-term health risks are wrong.

2. Reduces the risk of heart disease

Coffee has been found by researchers to lower heart and stroke risk factors such as heart rhythm disturbances and arrhythmias.

3. Reduces the risk of type 2 diabetes

Coffee is a diabetes fighter, but lay off the added sugar.

4. May protect against Parkinson’s disease

According to one study, people who drank two or more cups of coffee a day had a 40 percent lower risk of developing Parkinson’s. Several other studies support coffee’s Parkinson’s fighting abilities.

5. Can be incorporated into a healthy dietary pattern

According to Tom Brenna, a member of the committee and a nutritionist at Cornell University, “Coffee’s good stuff. I don’t want to get into implying coffee cures cancer–nobody thinks that. But there is no evidence for increased risk, if anything, the other way around.”

So pour yourself another cup and read more here at Inc.com.