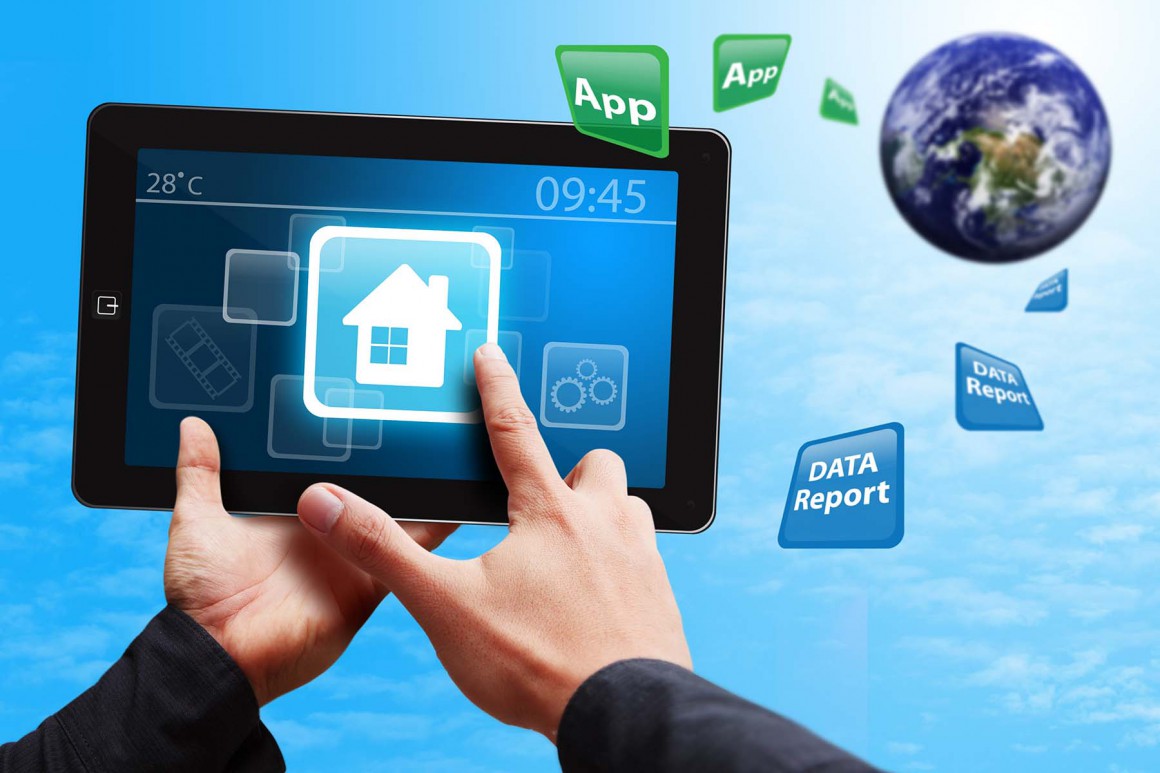 4 key takeaways from the Census for property investors

As our population continues to grow, so too does our need for more housing.

In other words, how many of us there are, how we live where we want to live and what we can afford to live in will make a bigger difference to our property markets over the next decade than the short-term ups and downs of interest rates or the vagaries of government policies.

Recently the first set of 2016 census data was released and this contained some interesting surprises and more importantly some important insights for the future of our property markets.

The Australian Bureau of Statistics uses the Census data to recalibrate their population projections and then the government and businesses use these figures to allocate their resources.

Similarly, strategic property investors us the Census data to help understand what types of properties will be in continuous strong demand in the future.

1. Our population is growing faster than expected. 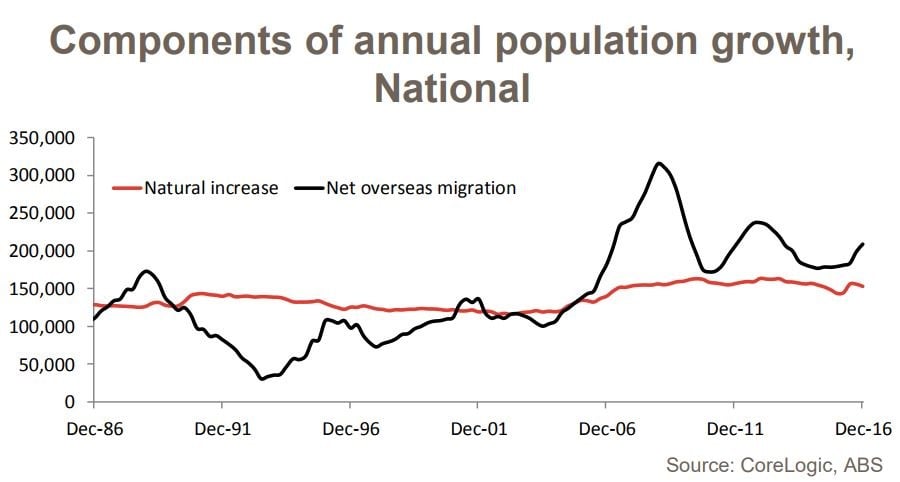 2. Migration accounts for around 55% of our population growth

Migration is a big part of our population growth, with almost a million more overseas-born residents registered between 2011 and 2016.

We remain one of the most attractive destinations in the world for migrants, with 26% of our residents born overseas compared to 13% in the UK, 14% in the US, 22% in Canada and 23% in New Zealand.

The top five places of birth are:

Migration has caused a huge surge in the number of 25-32 year olds helping to slow the ageing of our population and make up for the retiring baby boomers.

These younger migrants are largely coming from Asia, especially China and India.

More migrants in their 20’s and 30’s means more people in the household formation stage of their lives.

These migrants have uprooted their lives and taken a risk coming here with a driving determination to succeed.

Many will measure their success by where they live and the properties they own.

However, considering their background, many of these young families will be happy to live in apartments close to their work and the CBD rather than looking for accommodation in the outer suburbs.

Coming a distant third was Queensland (11.0%) but this means that only 12.9% of net overseas migration flowed to areas outside of the three big east coast states.

Despite all the troubles overseas, one thing is reasonably assured. 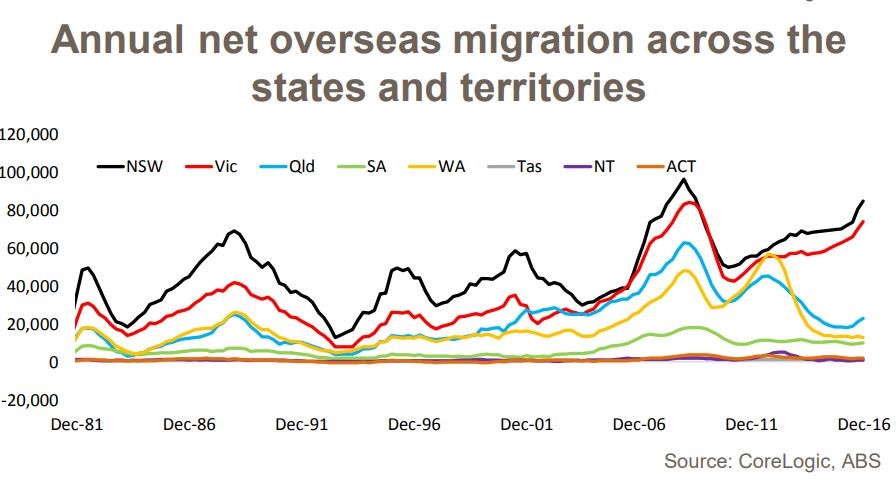 And despite the surge of apartment construction, only 14% of us are living in apartments which is much the same as 10 years ago), however the proportion of high rise as opposed to lower rise apartments has increased.

If this trend continues by in ten year’s time it is likely that more than half Sydney’s housing stock will be apartments.

Interestingly the average household size today is up a little from the last census.

An average of 2.6  people live in each dwelling (previously 2.57) Maybe more of us are sharing or staying at home with mum and dad because of lack of affordability.

But this is still fewer people per household than the 3.4 people in each house during the Baby Boom of 1996.

Why this trend - the change to smaller accomodation?

More than two thirds of Australians live in a capital city, and of those, 80% live on the east coasst Coast dominates, with eight out of 10 people living in NSW, VIC, QLD and the ACT.

Clearly this population growth is underpinning our 2 big property markets and is one of the reasons the predicted oversupply of apartments hasn't had the big impact some commentators (including me) were expecting.

There is a plenty more interesting data in the Census and since demographics is our destiny, I’ll dig into it and keep you updated.