In a recent Real Estate Talk show asked why two very similar properties in the same block of apartments could sell for almost 20% difference in price.

How does it happen?

I’ve seen it recently in Melbourne with two identical properties in the same block, and one sold for about $80,000 more than the other one, only a matter of weeks apart.

To tell us the story I interviewed Geoff Hall from Metropole Property Strategists in Melbourne.

Geoff, what was the story?

Geoff:  It was an interesting one. 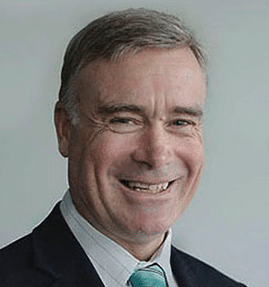 As you said, there were two identical properties in a row of six apartments in a lovely street in the eastern suburbs of Melbourne.

One of them had a tenant in place, and the agent was selling it with the tenancy in place.

Of course, the presentation was less than ideal –a lot of mess around – and the auction campaign for that particular property didn’t go as well as the agent was hoping.

That particular property was passed in at auction and we bought it for a client just after auction.

Exactly the same property two doors down – within the same block but two apart – sold six weeks later with a different agent.

What that agent had decided to do was stage the property.

They also put a coat of paint over the property and threw some tanbark in the courtyard out the back.

The properties were exactly the same, the floorplans were the same, and were in the same location.

It all came down to presentation.

Kevin:  All down to presentation.

Geoff:  Yes the second one was staged. It had the hired furniture, and when you walked in it had a much superior feel to the first one that had the tenant in it.

Kevin:  Can you give me an idea on how much that staging cost?

That was with painting, some minor tarting up of the courtyard, and the staging of the hire furniture. So about $6,000 has contributed to an $80,000 increase in price.

Kevin:  That’s quite staggering, isn’t it? That’s a huge lesson.

Now, also, one had a tenant in and one didn’t have a tenant, obviously. Is that some more advice to investors as well?

Geoff:  I think there are two lessons there.

There’s one for property investors: if you’re looking to buy, look beyond the presentation. As buyer’s agents, we often like buying properties that have tenants in place because of that very reason.

A lot of owner-occupiers will get put off by the way the property is presented with tenants involved. So if you’re buying, you have to look beyond that.

And there’s a lesson there for vendors, people selling: presentation is key.

It can make a huge difference, and sometimes it’s a lot better to wait until a tenant is out, do some minor work, and then sell the property. You’ll get a much better result.

Kevin:  There are some great lessons there. Thanks for sharing them with us, Geoff. I appreciate your time.

'Why would 2 similar properties sell for 20% difference in price?' have no comments