With 2013 coming to an end, it’s interesting to look back over the last 12 months and see how many crises we survived and how many of the things we worried about didn’t occur…

The much talked about end of the mining boom didn’t really dampen our economy. The US didn’t fall off the fiscal cliff or default on its debt. The economic troubles in Europe, which were a major focus for many 12 months ago, didn’t bring the world’s financial system to its knees. And China did not hard land despite reports of “ghost cities” littering the country.

In fact what did happen was mostly positive:

Over the year the US economy turned around, their manufacturing picked up and they perfected a way to economically extract more oil out of the ground through fracking. The European economies improved, as did China’s and this synchronised world economic growth was good for Australia

Our economy performed reasonably well (despite having a turbulent political year and enduring 3 prime ministers) and our property markets didn’t collapse as some doomsayers predicted.

That’s right the real estate bubble didn’t burst like the “bubblers” predicted. Believe it or not – there was already talk of an Australian property bubble at the beginning of the year, however our property and share markets finished the year in much better shape than they started.

It looks like 2014 will be another great year, and while no doubt the media will find an assortment of negative messages to scare us a little, there’s plenty of good news out there – you just have to look for it.
[sam id=36 codes=’true’]

In the spirit of optimism, here are 17 things you should feel good about. 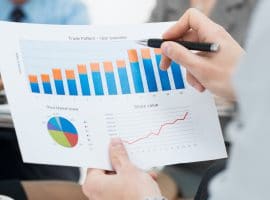 Why blue-chip property values will rebound strongly in 2021

'17 Things You Should Feel Great About' have no comments