I have always suggested that investors seeking to create long term wealth from property should never look far beyond our major capital cities. That’s not because I have anything against rural Australia – there are some lovely spots to visit in our vast nation – but I wouldn’t invest my money there!

And recent information from RPData confirms that my bias toward inner city real estate is based on cold, hard evidence.

Population growth and key property figures from the ABS and RP Data reveals that the 10 most populous regional local government areas around Australia have largely shown weak housing market activity and slowing population growth for the 12 months to July 2011.

And before I start fielding comments from readers who recognise that this has been the general trend for many of our housing markets in recent times, it’s important to note that this combined population and price slowdown has been far more pronounced in these particular regional centres. 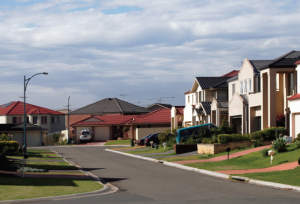 As you can see in the table above, most of the large regional centres listed (with the exception of Woollongong and Newcastle where escalating house prices in Sydney are forcing residents further afield), have experienced a slowdown in population growth for the 2009-10 financial year when compared to much of the previous recorded years from 2001-02.

The RP Data report says that a marked slowdown in the sea and tree change phenomena from the beginning of this century, combined with sluggish tourism and retail sentiment, have translated into a weakening labour demand for many of these coastal locations.

As a result, people have started moving away to find employment closer to nearby cities and less newcomers to Australia are prepared to move to these locations.

Not surprisingly, where population growth stalls, so too does the local property market, with all ten regions experiencing a decline in median detached house prices over 2010-11.

Interestingly, the unit markets in half of these regional centres recorded median price growth over the most recent 12 months, with Geelong units increasing the most at 7.3%, while Cairns recorded a staggering loss of -14.8% and Townsville and the Sunshine Coast fared only marginally better with median unit prices sliding by -10.2% and -7.8% respectively.

Then there are other important indicators as to the health of these property markets, being time on market and average vendor discount; both of which have risen in all 10 regions for units as well as houses and go a long way in explaining the general recorded price falls.

While clearly I don’t see any of our property markets experiencing significant price growth over the next year, I would have to suggest that this type of data simply confirms my thoughts on how critical location is to a good, long term property investment.

While some of the cheaper property in regional centres might be enticing, it’s not always as good as it looks and this type of report just proves my point. I have always avoided these areas due to their heavy reliance on one or two industries to sustain the local economies and populations and as it’s plain to see here, when those industries take a battering it’s not long before local house prices start to bear the brunt.

And while those who chase rental yields over capital growth might beg to differ, particularly given that rental yields have largely increased in these areas over the most recent 12 months due to falling prices, I still maintain that wealth through property can only be achieved through growing values, not growing rent returns.

I’d rather put my money into an apartment in a built out high demand inner suburb of one of our capital cities, than in a house on a large block of land in the country. 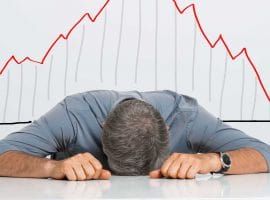