Last year a study by credit card comparison website creditcardfinder.com.au has revealed many Australians have a secret credit card or hide purchases from their partner.

The survey of 1,200 credit card holders from across Australia found that 15 percent admitted to owning a credit card or making purchases that their partner doesn’t know about.

One in 10 cardholders – or an estimated 800,000 Australians – said their credit card spending has led to an argument with their partner. 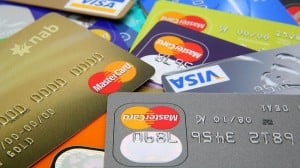 Female cardholders are worse than their male counterparts according to the survey, with 17 percent of women admitting to hiding credit card spending, compared to 14 percent of men.

Michelle Hutchison, Money Expert at creditcardfinder.com.au said that these Australians are likely to feel ashamed about their spending habits.

“It’s very easy to be tempted to spend more than you earn when you have a piece of plastic in your wallet with credit available to you any time. But when you’re in a relationship where your spending affects someone else, keeping a secret could seem like an easier option than controlling your spending urges.”

“But in reality, you are potentially risking your relationship and cheating yourself out of money you could be wasting on interest charges.”

Out of those cardholders who hide their credit card spending, one in three don’t pay off their bill each month.

These cardholders are also more likely to get into an argument with a loved one about their credit card use, with over one in three (35 percent) saying their spending has led to disagreements.

Generation Y (18-34 year-olds) were the most untrustworthy group when it came to their credit card spending, as they were more likely to have a secret credit card or hide purchases (25 percent) than other age groups.

They were also more likely to get into an argument about their credit card spending than other generations.

While Baby Boomers were the least likely to hide their credit card spending nor argue about it.

Cardholders in New South Wales were more likely to have an argument about their spending whereas Western Australians were the least likely.

Victorians were more likely to have a secret credit card with almost one in five (18 percent) compared to the least likely in Queensland with 9 percent.

“It’s time to stop feeling ashamed about your credit card spending. The easiest way to do this is to review your budget by looking at how much money you have coming in and what expenses you have going out. The money left over should be divided up into paying off debts, a portion for savings and a realistic amount to spend on clothing and entertainment.

“If you’re upfront about your budget and try to stick to it, there’s no need to hide your spending. You’ll feel better about it and be in control of your money and your future,” said Mrs Hutchison.